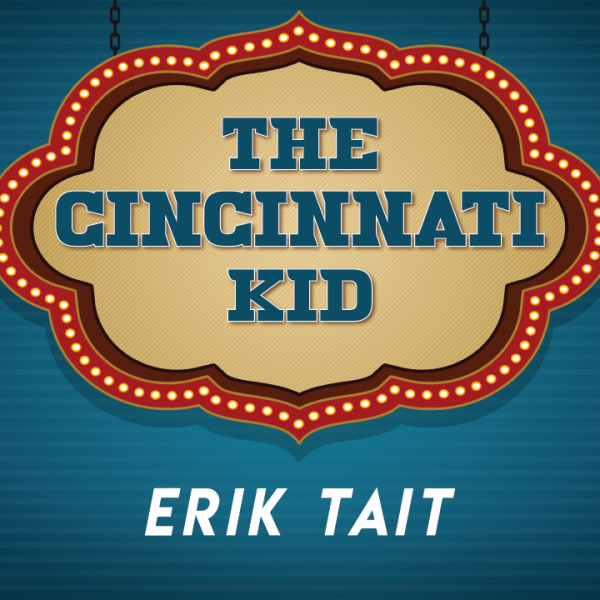 The single best gambling trick for all skill levels. A full routine…

The single best gambling trick for all skill levels. A full routine that fools gamblers, has surprise after surprise, and doesn’t require ANY difficult sleights.

A few years ago the team at Penguin challenged Erik Tait to create a gambling routine that any magician could do. A few weeks later he was transforming aces into royal flushes and teaching the audiences at the Penguin Max conventions to do the same. This gambling-themed routine took audiences across the country from zero to card sharp in just a couple of minutes, and now you can do the same. This is The Cincinnati Kid by Erik Tait.

The magician tells their audience that in order to keep themselves sharp they like to practice cutting the aces out of a shuffled deck. The magician gives the deck a quick mix, and then immediately turns over an ace. That ace is placed on the table, and the deck is shuffled again. The magician impossibly finds another ace which is also placed on the table. The deck is shuffled a third time and the audience is invited to cut the deck, and somehow they are able to cut to the ace! The fourth ace is found after some flashy cuts and it joins the other three aces on the table. The magician points out that if he were a gambler he wouldn’t be satisfied with just finding the aces. The four aces are then picked up and what was once four cards are suddenly five, as the aces transform into the Royal Flush.

This powerhouse trick uses simple sleights with a gambling presentation that instantly hooks any audience. There is no palming, or complicated sleight of hand. The moves and the routine are perfect for all skill levels. As a bonus, you’ll also learn Doc Daley’s Last Blackjack Lesson, a stand-alone routine where random cards transform into a Blackjack, and then change color. This routine features the same simple sleights and a couple of new ones that you’ll love to fool people with. This routine was once only available to the audiences who attended the Penguin Maxx events and is now available to the general public for the first time. Your audiences will think you’ve been a master card cheat after you perform The Cincinnati Kid by Erik Tait.