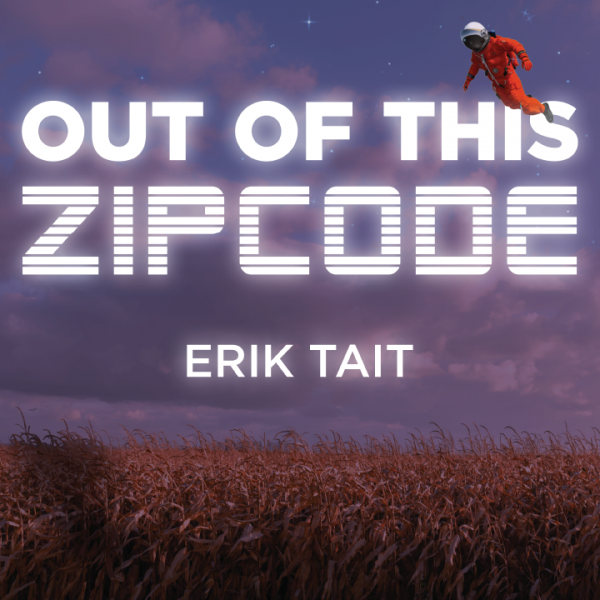 Out Of This Zip Code By Erik Tait

The spectator perfectly guesses which cards are red and black… FROM A SHUFFLED DECK. No switches! Intended for serious card enthusiasts, this one takes a little practice but is an absolute stunner.
The Full and Complete Work On Erik Tait’s Go-To Effect

There’s no question that Out Of This World is one of the strongest effects anyone can do with a borrowed deck of cards. While the deck is face down an audience member points to the backs of the cards which ones they think are red, and which ones are black. They are correct every single time. It’s been a reputation maker for many magicians, and now Erik Tait is tipping the full and complete work on a handling that he uses to wreck laypeople. This is Out Of This Zip Code by Erik Tait.

The audience is allowed to thoroughly shuffle a deck of cards. The deck is turned face up and the audience is asked to memorize the order of the cards in a hilariously short amount of time. The deck is turned face down and the audience is asked to point to a handful of cards they remember as red or black. Those cards are fairly removed from the deck so that the audience knows there is no possibility of a switch. After the selection process, the deck is shown once again to be thoroughly mixed up. The selected cards are turned over, and the spectator is revealed to have successfully divined the color of all the cards.

This effect is so fooling because it’s so direct. Not only does the audience get to shuffle the deck, and see that it’s shuffled before and after the selection process, but they can select both the red and the black cards from the same portion of the deck. Erik Tait has lectured on Out Of This Zip Code for years, but he’s always held a couple of things back. In this download, you’ll get the full and complete work on how to do this astonishing routine. You’ll learn two different handlings: an easy version, and a challenging version. Both handlings hit like a freight train. In addition to the routine, you’ll also learn the secrets to some challenging sleights that you’ve always wanted to add to your repertoire. If you’ve ever wanted to take your card magic to the next level, now’s your chance to take it out of this world with Out Of This Zip Code by Erik Tait.