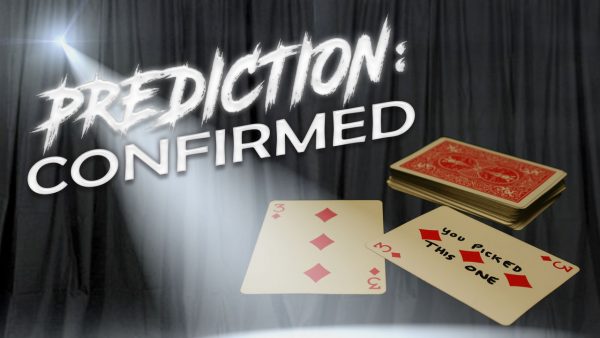 When a single Prediction is not enough!

A Prediction of a future event can often appear coincidence, Prediction:Confirmed is an effect that takes it to another level.
A FREELY chosen card by a spectator proves to be the only card in the entire deck that contains an undoubted mark.
An impossible feat of premonition or just a coincidence? A Prediction card that’s been in view throughout is revealed to prove beyond any doubt, the chosen card was perceived before the event.
An inexplicable Prediction effect with a double whammy!

Be the first to review “Prediction:Confirmed by Totally Magic” Cancel reply

Right on the Money By R. Paul Wilson