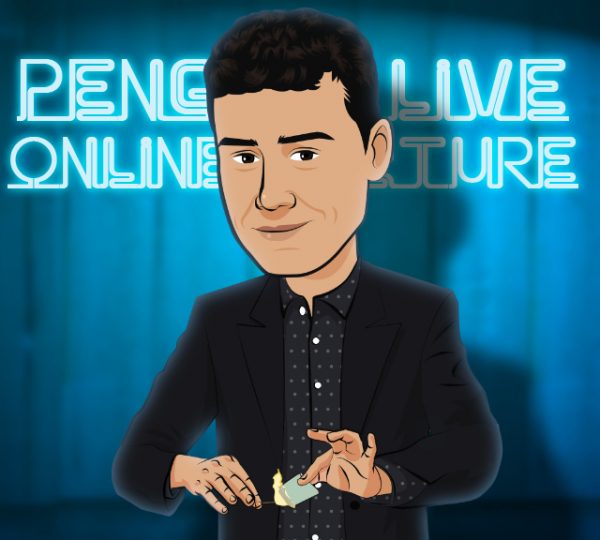 What will he teach? Fire Coins- A perfect opener for your show where…

Fire Coins- A perfect opener for your show where the magician plucks a flame from a candle and transforms it into coins. Then, one at a time each coin vanishes. A musical routine that can be performed both in person or online.

TriSandwich- A hyper visual routine where 3 cards appear between the jokers under impossible conditions. Very easy to do, and extremely magical.

Money Flies- Based on a Doug Bennett effect where a signed coin appears within the layers of a book of matches. Martin teaches his handling and how to make the gimmick yourself at home.

52!- A strong, easy to do prediction effect that can be the final piece of any act. Based on Shuffle Bored by Simon Aronson, it’s a classic of magic. The spectators shuffle cards face up and face down and although the magician never touches the deck, the prediction matches.

Time- Martin’s take on the classic McDonald’s Aces routine. Aces appear, travel and finally vanish. It is a visual and poetic piece that is a powerful addition to any repertoire.

Gypsy Thread- You will learn how to perform this special effect by candle light, making it an even more memorable routine for your audiences.

Theory- Martin intelligently discusses topics such as: Why and how to choose your effects, the order in which you perform them, and how this choice affects the relationship between the magician and the spectators.

Martin Brassaeas is an Argentinian performer, creator, and lecturer who has studied under some of his countries top magicians. He’s won several contests and awards, including at FISM, and was invited to the exclusive 4F convention in the United States. He has lectured at the Blackpool Convention in England as well as throughout Southeast Asia and the world.