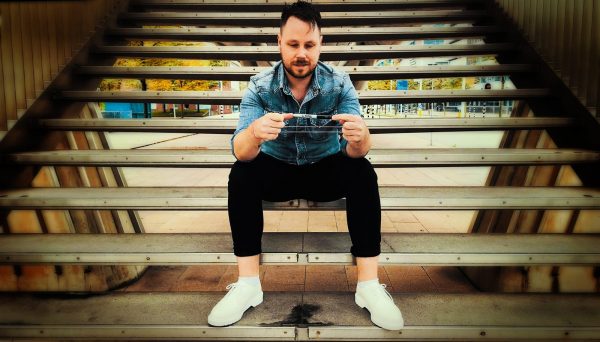 If you’ve bought Danny’s previous release, the versions you’ll learn here are his all-new, updated and improved handlings. These are new effects, new methods and a far easier hook-up.

For new fans, you only need Crazy Man’s Penetrations… it contains everything.

“This is the closest to real magic I’ve seen with a rubber band. Direct and visual.”
– Patrick Kun (@PatrickKun)

It’s so visual that if you told us it was fake, we’d probably believe you.

A borrowed object can:

There isn’t any configuration of rubber band penetrations that ISN’T covered on this project.

Danny presents 6 routines for real-world performing and 6 effects to floor your fans on social media.

“These effects are too crazy to be true.”
– Hanson Chien (@hansonchien529)

The methods (plural… there’s more than one) behind Crazy Man’s Penetrations are so devious, you can use almost any borrowed objects:

When you purchase this project you’ll get instant streaming & download access to every fully-formed original creation Danny has on this plot.

For blowing up your social media, you’ll learn:

Crazy Man’s Penetrations is the definitive rubber-band effect and a must-learn for all magicians.

“The most visual and satisfying penetrations in rubberband magic.”
– Dr Cyril Thomas

Billets for the Modern Mindreader vol.2 by Julien LOSA