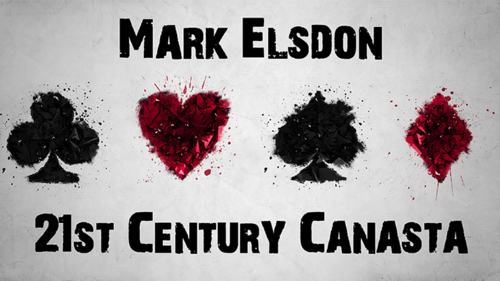 Bleeding-edge mentalism designed in the image of Chan Canasta. A participant takes…

Bleeding-edge mentalism designed in the image of Chan Canasta.

A participant takes a borrowed deck and shuffles it. You never touch it. Ever. They turn over the top card – it is the Jack of Clubs. Your phone has been on the table the whole time and you tell the participant to open the Facebook app on your home screen. The most recent item on your feed is from a few minutes earlier: it is a photo of you holding a playing card – it is the Jack of Clubs. Boom! Thanks Chan!!

And it DOESN’T have to be a photo, it can be just a regular status update: “Someone is about to pick the Jack of Clubs. Who knew? I DID!” or whatever damn thing you want it to say. And yes, they could check it on their own phone too.

And the ad copy is 100% accurate – you never touch the deck or phone.

This is effectively ‘The Trick That Cannot Be Explained’ taken to the max.

Oh, and I also include a version where the prediction is revealed BEFORE the selection is seen!

“21st Century Canasta is another elegant, practical slice of creative mentalism from the wonderful mind of Mark Elsdon. What you’ll love is the clarity, the apparent simplicity and the ‘hands off’ nature of the baffling effect. What’s more, it’s bang up to date: a piece of smartphone magic that just uses a regular phone with no stooges, special apps, programming or technical tricks.”
– Ian Rowland

“Mark has given some classic methods a TOTALLY new twist and created a physical and technological impossibility that would no doubt have fooled Canasta himself! It certainly fooled me!!”
– Michael Murray

“Great addition to the jazzing repertoire! I will be performing this often.”
– Jason Messina

“Mark has created a chimera; an intensely fooling effect that uses an ordinary smartphone but is somehow delightfully low-tech. Requiring no expensive special app, or even any sleight of hand, your spectators will never stand a CHANce!”
– Steven Brownley

“Thanks Mark. The effect is brilliant!”
– Greg Glau

“21st Century Canasta has a wonderful feel to it, simple, professional, and easy to do… a completely hands-off method and presentation, this is one of the best effects for the cell phone I have seen! Definitely a user!”
– R. Lee Davis