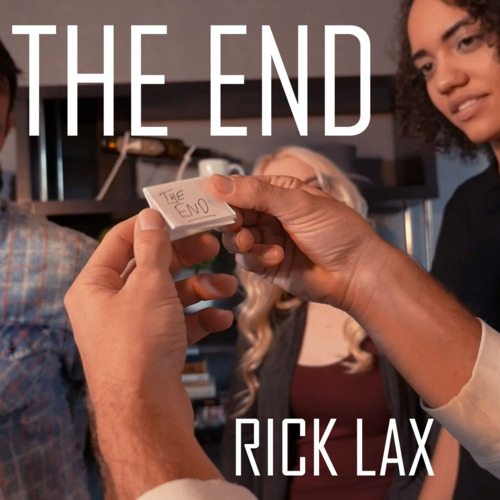 The End by Rick Lax

Your new secret weapon. When it’s mission critical that your final trick…

Your new secret weapon. When it’s mission critical that your final trick fool EVERYONE, it’s time for THE END

But what do you call a trick that fools EVERYONE?

You call it, THE END.

Rick Lax has been refining THE END for over 6 years. Similar to BINARY CODE—the trick that DESTROYED Penn & Teller—Rick’s latest card creation fools every magician who sees it. Here’s how it looks:

You give the spectator a folded-up piece of paper. Then you freely show her a mixed-up deck of card and hand it to her. She cuts the cards wherever she wants and looks at whatever card she randomly cut to. Then she slips the card back into the middle of the deck. You tell her to open up the piece of paper, and when she does, she sees a number. She deals down that number of cards…and arrives… AT HER CARD.

-The spectator can pick ANY card in the deck.

-The spectator returns the card to the middle of the deck on her own; YOU DO NOT touch the cards.

-The spectator opens up the paper on her own; YOU DON’T TOUCH OR SWITCH THE PAPER.

-After the spectator deals down the number she finds on the paper, she arrives at her card.

It’s one of THOSE tricks. It’s that good. It’s THE END.

The history of our art matters so we must mention the giants in our field. Without publicly attributing specific methods to protect the secret, the core principles of “The End” were originally discovered by Al Koran, with a further key refinement discovered by Max Maven. Others who have made historical contributions to the idea are William Coffrin and Stewart James.