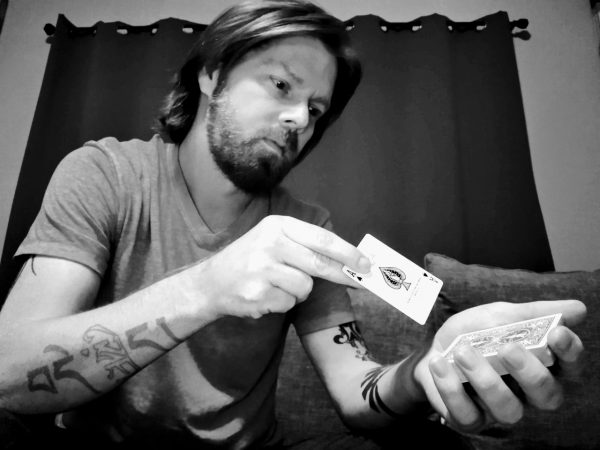 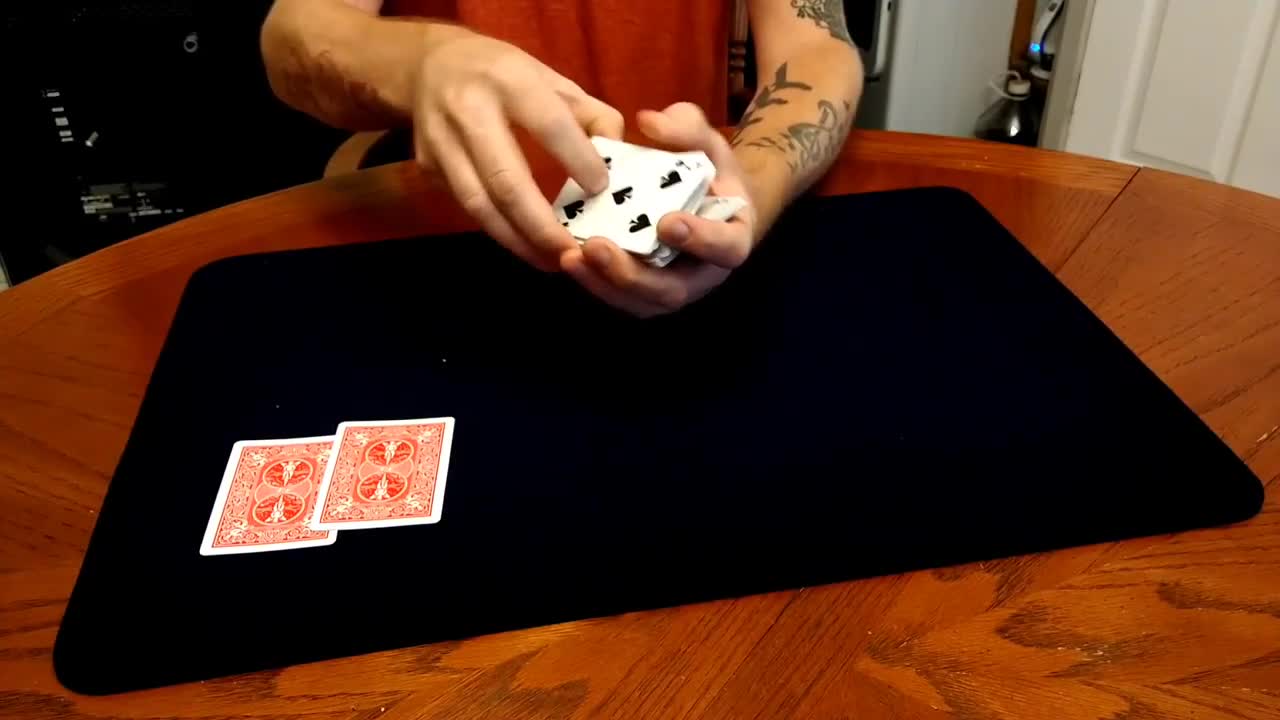 The magician explains he has a prediction card in the deck that he prepared beforehand. The spectator selects a card, loses it in the deck; all without the magician touching the pack. The deck is then spread face down to show there is one face-up Joker amongst them. The Joker is turned over to reveal a number 18 written in marker. The spectator counts down 18 cards in the deck to find their selection. *Note: It does not have to be 18 each performance.

A color changing deck against all odds!

The deck is shuffled and cut, then spread face up on the table. After a bit of patter, the magician offers a friendly game to find the Ace of Spades. Through a fair process, the cards are divided amongst the spectator and magician until the magician is left with just one card. The card turns out to be the Ace of Spades. The additional three Aces are now shown to have mysteriously found their way to the top of the deck. As a finale, the entire deck is now revealed to be in numerical order. Seriously! *Note: No deck switch

You will also learn: