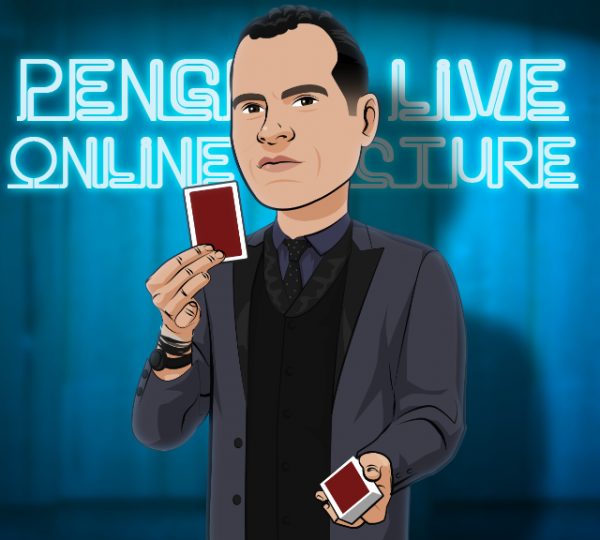 “You Killed us with that trick! Brilliant!” -Penn&Teller “You’re Awesome!” -Jennifer Lopez “Spidey is…

“You Killed us with that trick! Brilliant!” -Penn&Teller

“Spidey is one of the special kind of creators that actually tests, refines and delivers workable, practical and all around killer routines to the community on the regular. I can’t wait to dive into this lecture!”-Adam Wilber, Penguin Lecture of the Year 2021 WINNER

Match-Match- The perfect mentalism opener. Always predict the exact number of matches a spectator chooses. Direct, powerful and so deceptive!

Elementary-  Using a notebook, a borrowed watch and their intuition, the spectator solves a mysterious crime. This one features a principle, created by Spidey, that took the mentalism world by storm.

Ouija-  A close-up Séance trick like no other. Your audience will scream as a mysterious force reveals impossible information.

ESP Match-  A demonstration of 5 types of psychic phenomena. This is Spidey’s go to routine with ESP cards and solves a lot of the issues with other methods. A real worker!

Connexion 2.0-  One of Spidey’s most direct close up mentalism pieces, made even better. Reveal a spectator’s intimate thought and then demonstrate just how connected they are to their selection.

Cold-Reading Masterclass- Spidey shares master tips on cold reading that he has created through years of experience as a certified body language and behavior analyst. Forget ambiguous and vague statements, Spidey will teach you how to instantly provide readings that connect HARD!

Spidey is an international, award-winning hypnotist/mentalist. His performances have been seen on stages all over the world, major television networks and by tens of millions of viewers online.

Spidey has performed on NBC, FOX, Discovery, Entertainment Tonight, SyFy, TruTV and was a reoccurring cast member of Masters of Illusion (The CW) and Netflix Original; Brainchild.

As a Hollywood consultant, he has consulted and performed for major celebrities like Jennifer Lopez, Steve Harvey, Neil Patrick Harris, Joseph Gordon-Levitt, Penn&Teller and many more.

He is one of the most sought-after creators of mentalism in the world. His newest release,  “A.B.See” instantly became one of the best-selling mentalism effects of all time and won “Trick of The Year” at the 2021 Penguin Magic Awards!