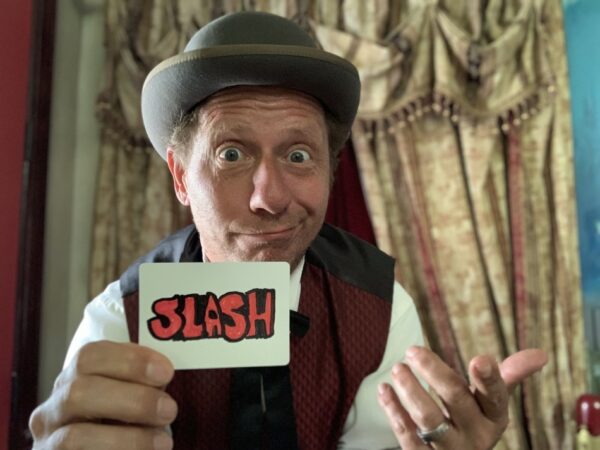 Slash is an revolutionary card effect from the creative mind of Chef Anton which has been kept a secret for over 25 years. Imagine having a “Slash Card” which automatically cuts the deck at the exact location of a freely selected card.

4 Minutes of solid material weaved into a four phase routine with the payoffs getting bigger and bigger til the near impossible happens.

Phase 2 – Done face up, the “Slash Card” is inserted into the deck and cuts the deck exactly where their freely selected card is.

Phase 3 – With the “Slash Card” already shuffled into the deck, a card is selected, inserted where the spectator wants, and laid on the table. You then cut the deck to the exact location of their card.

Phase 4 – With your head turned, a freely selected card is selected. The deck is handed to a spectator to be shuffled. The “Slash Card” is slid into the deck and outjogged so it can be seen at all times and it cuts the deck at the exact location of their card.

NOTE: This is the downloadable routine only and DOES NOT INCLUDE the “SLASH CARD” which you can make yourself

Be the first to review “Slash by Chef Anton” Cancel reply

The Bend by James Kellogg