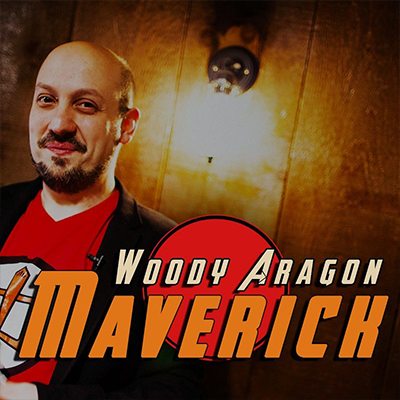 The amazing Super Woody is back from the Planet Andromeda with another fantastic card miracle! It’s one of his favorite pet routines that is semi-automatic, can be done with a borrowed deck, and highly entertaining.

Imagine being able to convince your audience that you have real, supernatural powers with something as simple as a deck of playing cards. Once you learn this marvelous and easy-to-do routine, the powers of enhanced hearing, enhanced touch, x-ray vision, and telepathy will be yours at any given moment.

A spectator shuffles and cuts off any amount of cards, and is asked to riffle them into Woody’s ear. With his enhanced hearing, Woody knows precisely how many cards were cut off and proves it by cutting the same number of cards off the deck.

Woody demonstrates his telepathy by asking the spectator to think of any number. Before the spectator announces the number to the audience, Woody cuts off the exact number of cards he/she was thinking of.

A spectator selects any card, which is then lost and shuffled into the deck. With his telepathy and x-ray vision, Woody knows the identity and exact position of the selected card. He decides to get cheeky and flicks to the selection with just one finger.

Be the first to review “Maverick by Woody Aragon” Cancel reply