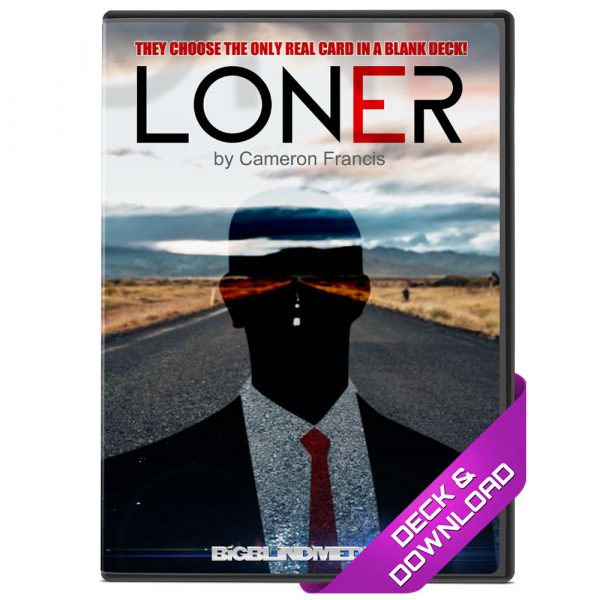 LONER – They name any card and it’s the ONLY real card in a blank deck! No sleights – no forces – a one in 52 miracle that will leave your spectators breathless!!! Comes with special Bicycle Deck, ready to go!

The magician places a deck of cards on the table, and proposes an experiment in imagination.

Once the suit is selected, the spectator is asked to name any value (no force whatsoever).

The magician spreads the deck, displaying all blank faces with one reversed card in the middle of them. The card is turned over and revealed to be the spectator’s thought of card.

No rough and smooth.

Oh, and did we mention that the reset takes less than 3 seconds. You can even reset it in front of the spectators if you’re so inclined.

This brain busting miracle is perfect for strolling, parlor, or even virtual performances. And it’s SELF WORKING! NO SLEIGHT OF HAND REQUIRED! Inspired by David Regal’s ‘Alone’, ‘Loner’ is a new take on a classic plot.

Be the first to review “Loner by Cameron Francis” Cancel reply