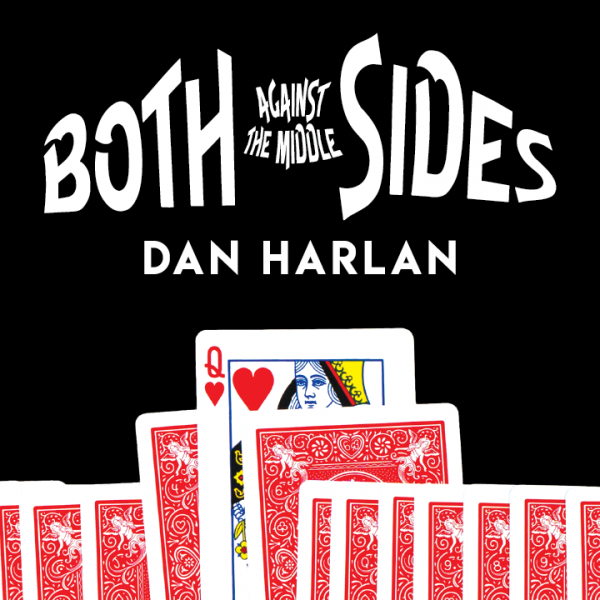 Both Sides Against the Middle by Dan Harlan 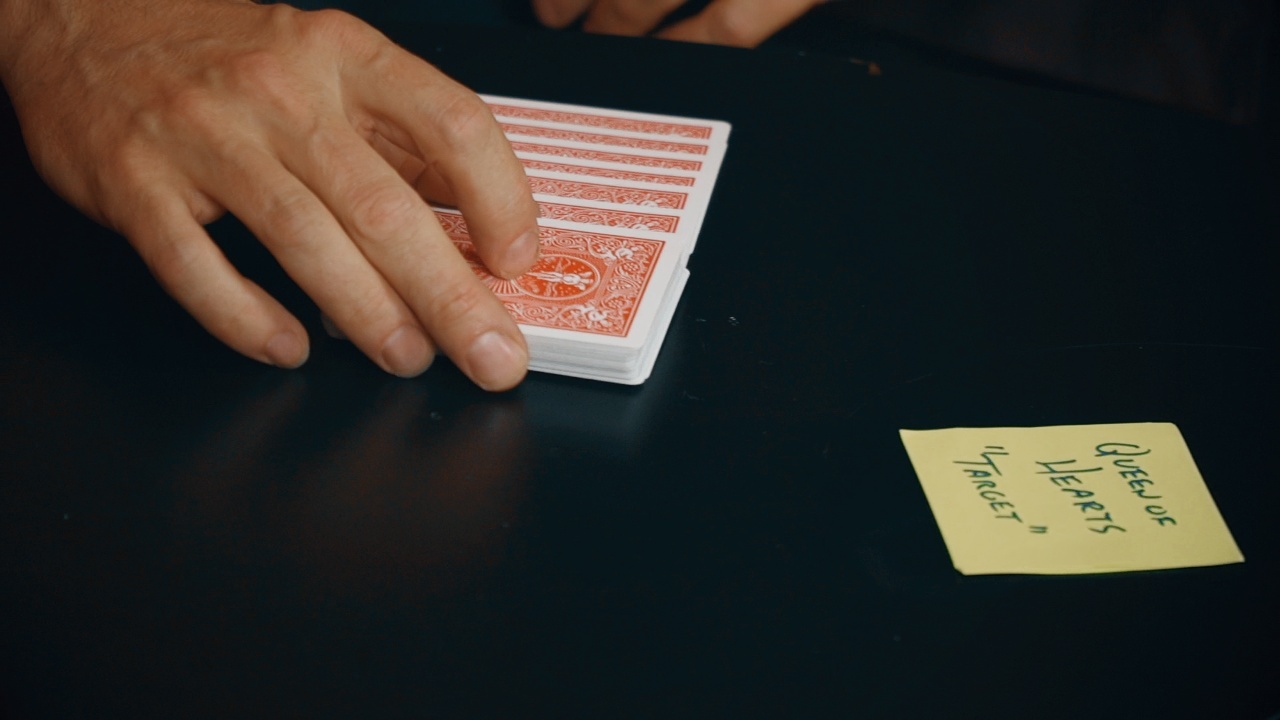 A powerful prediction where your spectator mixes the deck and chooses ANY card AND either card next to it. A TOTALLY FREE CHOICE. Then they read the prediction that’s been in view the whole time…

This is more than an open prediction. This is two open predictions where all the work happens in your spectator’s hands, requires minimal sleight of hand, and if that wasn’t enough, they shuffle the deck at the very beginning of the effect. You’re about to perform your new closer when you play Both Sides Against The Middle by Dan Harlan.

The audience is given a deck of cards to shuffle and examine before the trick begins while they openly place a prediction on the table. The magician then hands the spectator the deck to shuffle underneath the table. They take any card they want out of the deck, turn it face up, and then put it back in the deck. They can then shuffle the deck again, still under the table, before placing the deck back on the table. The deck is spread, and despite the deck being under the audience’s control the entire time, when the deck is spread, the only card face up in the deck is the same one written on the prediction. The face-up card is removed from the deck along with the cards on either side. The audience freely selects either of the cards surrounding the predictions. That card is turned over, and it matches another prediction that has been written on the other side of the original open prediction.

Both Sides Against The Middle comes with a very special deck of cards that does all the work for you. You’ll not only learn the secret to this incredible effect but also all of the subtleties that Dan uses when he performs this as his closing effect. This is an impossible card effect that you will use to close your next performance with a deck of cards. Your audience is going to feel whiplash from this incredible double prediction effect when you perform Both Sides Against The Middle.

Practical Coin in Can by James Keatley