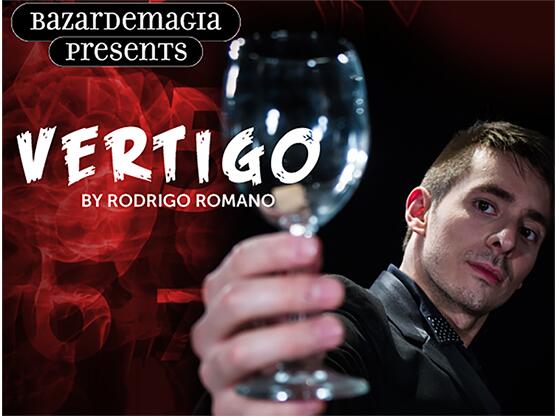 Some years ago Rodrigo Romano delighted us with his effect Gilligan Prediction….

Some years ago Rodrigo Romano delighted us with his effect Gilligan Prediction. Now he surprises us once again, with his new creation: VERTIGO.

Let’s imagine just some of the effects that are possible with VERTIGO:

A card, freely chosen by a spectator, coincides with the prediction made by the performer some seconds before. No forcing of cards. As simple as that: the spectator names the card and it is the same mentioned in the magician’s prediction.

You will find many more ideas that will astonish your audience.

VERTIGO is a genius tool, not only useful in mentalism, but also for parlor, stage or close up magic.

Some of its advantages:

Be the first to review “Vertigo by Rodrigo Romano” Cancel reply