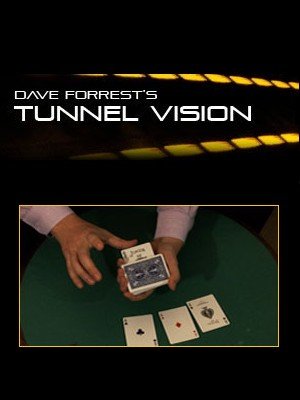 The Tunnel Vision gimmicks will allow you to push a face up playing card through the deck – as it emerges from the other side it is seen to change into a completely different card.

The main Tunnel Vision routine is a professional performance piece where four Jokers change one by one into Aces as they are pushed through the deck. This engaging routine builds to an impossible climax whereby the spectators actually witness the last Joker change as it travels through the pack.

But, that’s not all. Also included are two more full routines – Tunnel Transpo and Vision Correction – that are made possible by the Tunnel Vision gimmicks.

Nothing In Transit by David Forrest