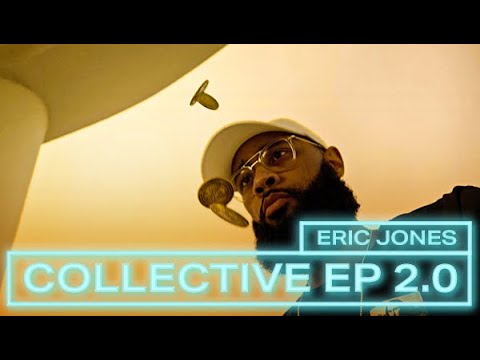 The Collective EP 2.0 By Eric Jones

Eric Jones’ Collective EP will prepare you to perform powerful magic at the drop of a hat.

The Collective EP brings three outstanding additions to your working arsenal. Eric Jones teaches from his working set, moves he relies on for planned routines and impromptu performances.

As Eric says – these are simple, practical, effective… and awesome.

Dai Vernon often talked about “jazz magic.” The concept is that the magician goes with the flow and does things within the opportunities that present themselves in a performance, without a lot of planning. Eric Jones delivers three effects that embrace this philosophy, arming you to perform extraordinary magic, off-the-cuff and with borrowed items.

• Vinny Marini’s Top Gun Change: This card control is so deceptive and natural that you’ll fool yourself during practice. Jones goes through every detail explaining the principle behind this clean control. Note: This has been titled as the Avion Change in the video.

• TUNNEL VISION: This move is like bacon: It goes with everything. Tunnel Vision gives you an impromptu vanish for all sorts of objects, from a tube of lip balm to a borrowed ring. You can make any smallish object vanish and return with no setup.

Additional Note From Eric Jones:
After speaking to my old friend Vinny Marini, it would appear as if I have rediscovered the wheel. I independently recreated a move published by Vinny, based on a move Credited to Steve Draun. The preservation of magical history is paramount in our industry and it is important to note that we as magicians need to make ourselves familiar with as much magical literature as possible to prevent things like this from happening. However, no one knows everything and when instances like this happen, it is important to recognize there is an issue and rectify it as soon as possible. With that being said, we have spoken with Vinny and he has been gracious enough to allow us at Ellusionist to keep the switch on the site, but the name will no longer be known as The Avion Switch. From here on, it will be known as its published name, Vinny Marini’s Top Gun Change” —– Eric

Be the first to review “The Collective EP 2.0 By Eric Jones” Cancel reply