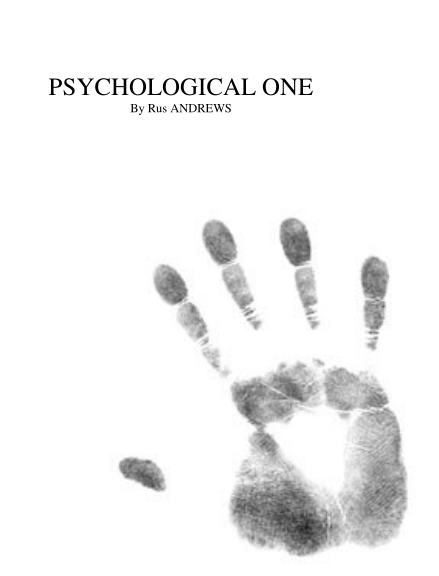 Psychological One By Rus Andrews

This effect has been with me for quite some time and was the original way I had designed numbers to be, but after hours of playing with the method I saw a lot of other routines and ideas swirling out of control in my mind that I decided to release NUMBERS as a standard magic effect, which essentially that is what it is. I am an ex gambler and so saw NUMBERS as a way I would achievethis mythical ACAAN that so many magicians/mentalists were searching for.

PS1 is a version of numbers that uses psychology and audience management, THIS in mind states that it is in no way sure-fire or 100% as a psychological effect of this type will never be.

Contained in these notes I have included my original method of what Numbers was meant to be in its true form.

Also I have added a further effect based around psychology that may interest the hungry mind for madness.

I hope you have as much success as I have had with this effect.

Remember this is not 100% and I wanted to make that clear from the start.