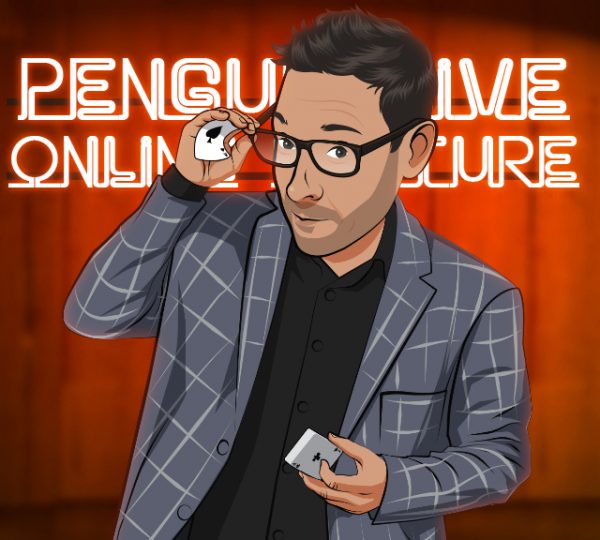 “Luis is a brilliant entertainer with a pack of cards. I have…

“Luis is a brilliant entertainer with a pack of cards. I have seen him on large stages and close up and his dynamic style always leaves the audience breathless.” – Jeff McBride

“Recognized Latin-American artist. His vision of magic, from the deepest to the most superficial, their continuous studies, countless collaborations, and a lifetime of passion and work and magic, certainly place him in the spotlight of all those who love this art and make it prosper more and more. I really recommend his master lecture, far from being commercial, and focused on teaching, not just games, techniques, thoughts or ideas, but also a philosophy (almost become a way of life). No doubt who sees Luis Otero sees something different, fresh, original, entertaining and very magical.
I’ve seen him work a hundred times. I’ve seen him succeed a hundred times! I shared, dialogued, studied and worked with him, and so, from the virtue of being able to speak in first person, I assure that Luis, Mr. Otero, is the ideal mirror for everyone who wants further progress in this beautiful art with is magic.” – Dani DaOrtiz

“Luis Otero is going to fool you. His ingenuity and cleverness, combined with sleight-of hand, create powerful pieces that will leave your audiences without any clue! Enjoy his magic, try it out and find out for yourself what I mean, because, above all, the material he will share is very very strong! And, on top of this, you will feel the true love for the study of magic as an art form that Luis so much cares about. All these qualities combined, make him more than an artist, make him a true magician at heart. If you know Luis, you know all I’m saying is true. If you don’t know Luis, you are in for a real treat.” – Helder Guimarães

“Magicians like secrets, and magicians like surprises. So, I am sure that you will like Luis Otero, because outside of Latin America he is mostly a secret (but not for long), and his clever magic is filled with surprises, with ideas you can really use.” – Max Maven

Twins Feel the Same- The mates of 3 randomly selected cards are found in a surprising way. The audience is stunned when you reveal that all 3 selections have reversed themselves in the deck.

Antenna- A simple effect where a thought of card is found using the deck literally as an antenna.

Marlo ×2- Two cards are selected and lost, the magician shows 10 cards and asks if they see any of the cards. One spectator says yes, immediately all the other cards disappear except the chosen one before it changes to the other selection.

Prediction Without Contradiction- Two predictions are on the table and a spectator names any card, the spectator makes all the choices and the predictions says the exact position of the card in the deck.

Card in Case- A card is placed inside the case, a card is named (free choice), the case is opened to reveal that it is the selected card.

Cold Spelling- A spectator peeks at a card. The magician reads the body language to guess the card, then the name of the card is spelled and the card appears in the last letter of the spell, and for the climax, the other 3 mates are found in a very imposible way.

Transposition by Estimation- A card is selected, and the magician makes a perfect estimation of a number called by a spectator, and the last card changes places with his favourite card which was on the table from the beginning.

Luis Otero is one of the best and cleverest magicians from Latin America with numerous national and international television credits to his name. Luis is renowned for his funny and unusual card work.
He is currently lecturing and performing all over the world, Argentina, Chile, Peru, Italy, Spain, England, US. He was FISM Jury member in Beijing – China, a Magic Castle favorite, a Fechter’s Invitee, and he has been published in every major magic magazine.

Luis Otero’s lecture is a treasure trove of magic, moves, and philosophy for the close-up magician. What’s exciting about hosting a lecturer from this part of the world is that he brings with him a new style of magic and presentation, and an entirely original philosophy of card magic. The magic is beautiful, intelligent, and unusual in construction.