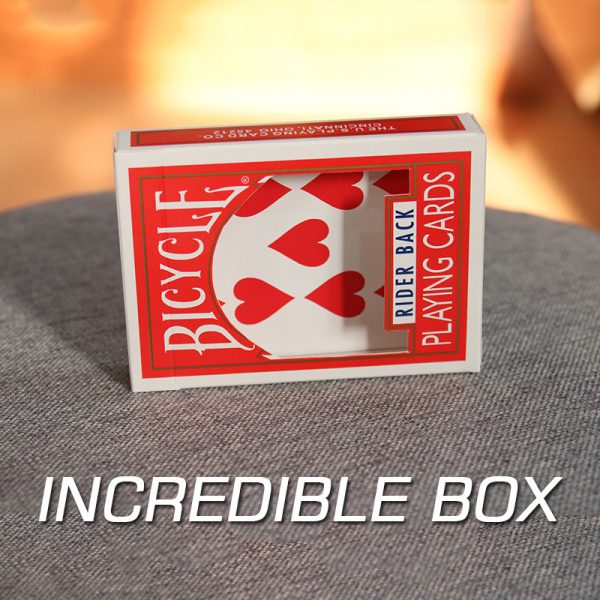 The Incredible Box is a diversified card trick, producing anything that fits in the box! The most important is that the prop is not just for shooting video, but can be used in close up shows.

Effect 1: A card instantly appears in an empty card box with a window.

Effect 2: A card instantly changes in the box. When dumped out of the box, the changed card becomes the original one again. The card can be handed over to the audience for inspection!

Effect 3: Audience see a red deck through the window of the box. When the magician dumps it out, the deck turns blue or other colors.

Effect 4: When the magician tries to dump the red deck out of the box, the deck disappears and some small objects such as candies, gums or dices appear!

The produced objects can be handed over to the audience for inspection.

Easy to do. Visual changes happen right before the eyes of the audience.

It is a close-up weapon, so hurry up and own it!

Comes with an Incredible Box and instructional video. Please supply the card, deck and produced objects by yourself.

DOOR22 (Caan prediction) by Joseph B