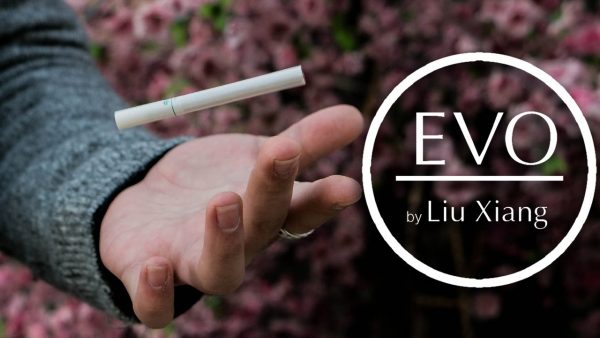 Two years ago, underground sensations Xiang Liu created a revolutionary new system for levitations called The Si-Fi Project. The project was a smash it and has since been adopted by professionals all over the world. This unique IT System allows for an easy setup, quick engagement into and out of the system and ease of use. It also allowed some of the most visually stunning levitations to date. With EVO, Liu maintains the simplicity of Si-Fi Project, and has created new effects that are even more visual and impossible. In this project, there are 5 brand new levitation effects with finger rings, bills, and even a lit cigarette. You can levitate the object from the palm of your hand in mid-air, and then make it spin in a controlled manner. The animation sequence is so visual, it can easily be mistaken for CGI, but in real life. On this project you will learn: Ring Spin – learn how to spin a borrowed finger ring above the palm of the hand without any visible means of support, all while under you complete control. Cigarette spin – Spin a borrowed cigarette between the fingers and make it stop at your command. Lit Cigarette Spin – You are now able to spin a borrowed LIT cigarette at any time, any place. Bill Spin – Make their currently float between your hand in new and impossible ways. Ring fly- Make a borrowed ring hover above your hand, take off into the air high above your head and come down, only to land on your fingers

Be the first to review “EVO by Liu Xiang” Cancel reply