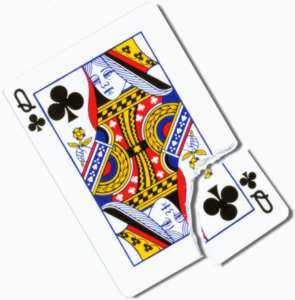 Card Thru Window By John Kennedy

You will love performing this stunner. Card through window. Audience through roof….

You will love performing this stunner. Card through window. Audience through roof.

A modern miracle 20 years in the making!

John Kennedy’s new Card Thru Window is hands-down the most powerful and practical effect of its kind. Those of you familiar with other methods will appreciate the fact that this version can even be performed in full daylight!

Imagine This Effect: A card is freely chosen from an ordinary deck. You tear off one corner of the card and hand it to a spectator as a receipt. The rest of the card is replaced in the deck and the entire deck is inserted back into the box. “Watch this,” you say, walking up to a window. You hold the box behind the closed curtain for about two seconds.

As if it were your own private theater, you open the curtain and reveal a card stuck on the window. Its back is showing and a corner is missing. “What was your card?” you ask. You then flip it over and stick it back on the glass. Yes, it is indeed the selected card!

Now for the strange part: The spectator walks up to the window to match the corner, but all of a sudden realizes that the card is actually stuck on the OUTSIDE of the glass! He’s wondering how this could be possible. After all, you just turned the card over a few moments ago. But it gets even stranger.

How could this be possible? John Kennedy has spent 20 years making this the most powerful and practical method ever. You can perform it in FULL DAYLIGHT! It’s totally different from anything else. There’s no difficult sleight-of-hand, no overly complicated preparation, and no bulky contraption.

John Kennedy’s Card Thru Window comes with the simple gimmicks as well as a booklet and computer CD-Rom (for PC and Macintosh computers) with video clips of John’s performance, explanation and handling. Roof repair not included.

The Ultimate Card Through Window by Eric James