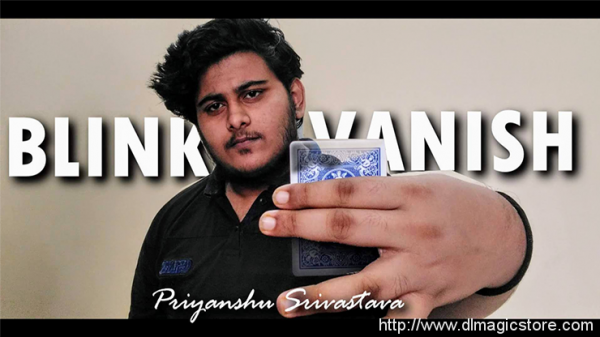 Audience management – Easy Angles – 180 degrees This is the fastest…

This is the fastest card vanish anyone can ever imagine… And not only the card vanishes… But… U also end up completely clean.

Show both the hands after the vanish.

It can be performed live.

This is done one handed… I repeat… ONE HANDED.

Can be done with or without a cover. It can also be performed standing up. Becomes pretty much angle proof if performed the right way.

Happens in the blink of an eye… So don’t blink

The card can be shown 360 degree before the vanish…

The gimmick is so clean and works so quick, it even fools magicians.

The card can be vanished and then the production can be done somewhere else.

This the best vanish for close up, street …as well as parlor and stage magic. If it’s done in a controlled environment then the audience will go crazy, looks like a complete camera trick.. But it isn’t.

The most Perfect trick anyone can ever imagine for social media. People actually do not believe that it isn’t edited, but they’ll have to because it actually isn’t.

What you receive when you purchase the download: An hour long instructional video

If you’re a magician. You can’t ignore the Blink Vanish.