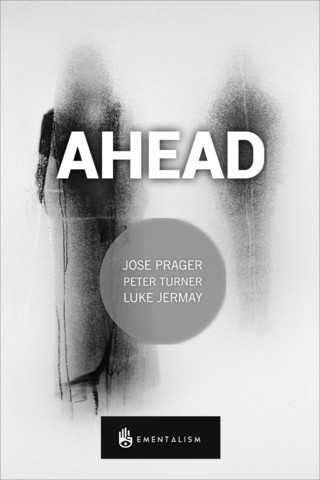 Ahead by Jose Prager, Peter Turner and Luke Jermay

The Weekly Forecast by Peter Turner

The performer leaves his client with a sealed envelope to hold claiming it is a prediction that will be of the utmost importance during the show in a week’s time.

He leaves the client with this set of instructions: The client is to choose any paper or magazine that week, to look at any headline and to choose one of the words from that headline. He/she can change their mind anytime up until the day of the show. The day of the show arrives, and the performer [who never touches the envelope] performs his show and then asks that participant to open the envelope as his finale. He has correctly identified which word the client would choose.

The title of the routine was chosen simply because this is the one routine that Luke has performed more than any other in informal settings as well as formal close-up performances.

Reviewed by Christian Fisanick (confirmed purchase)
Rating: 4 of 5 Stars! [4 of 5 Stars!]   Date Added: Sunday 10 December, 2017
Three masters of mentalism each give you a routine using a classic mentalism technique. For me J. Prager’s routine of divining the first number of a spectator’s credit card and the first number of its PIN is the best, most useful one in the book. I was familiar with the thinking behind this (It’s in one of Thompson’s Naked Mentalism books), but had never thought to routine it this way. Once you read how it’s down, you’ll be able to do it immediately with two pieces of paper, a pen, and a spectator with a credit card. It’s excellent.

Peter Turner uses the same technique in a prediction effect, where you give someone an envelope a week ahead of time and tell them to bring it along with them later for the demonstration. This one shows Turner’s clever thinking, but even he admits, it’s really for promotional value or auditioning for a job since it is a one-on-one routine.

Lastly, Luke Jermay gives you his oldest close-up routine, again using the same ancient technique. Little wonder, he’s been using it so long: It’s just a variation on Cassidy’s Name and Place routine, spiffed up a bit. You might find Jermay’s subtleties to your liking–or you may not. In any event, there’s nothing new here.

In summary, this will probably be worth your while if you use Prager’s routine and at least one other. I’m going to add Prager’s routine immediately to my wallet repertoire. I already do Name and Place and would like to do Turner’s prediction routine if I ever find a situation for it. So for me, it was a good, but not earthshaking, purchase.

Be the first to review “Ahead by Jose Prager, Peter Turner and Luke Jermay” Cancel reply

A Card Merely Thought Of by Thomas Baxter