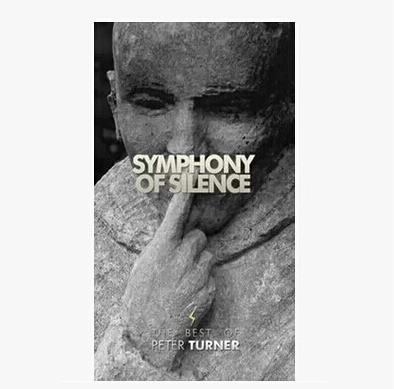 A Symphony Of Silence By Peter Turner

I.P.I. Instant Pseudo Hypnosis
The mentalist stands before a subject telling the person to just relax and breathe … the subject’s eyes flutter and apparently goes into a trance in mere seconds.

Mind Plant
After making claims that it is possible to send an image, word, or number telepathically, the performer sets out to demonstrate this feat.
A subject is instructed to close their eyes and think of an image. The performer asks three simple questions that have no relevance to what the subject is thinking. After the subject answers the three questions the performer is able to draw the image, number or word that was in the subject’s mind.

Trust your Instinct
A female and a male subject are brought on the stage. The woman is asked to think of a card and psychically send it to the male. The male is then given a deck and thumbs off cards until he gets a feeling that he is on the females card. She then says the name of her card out loud. The male turns over his card to find that it matches the card she was thinking of.

Inside Intuition
In this effect a judge is asked to inspect and envelope and ensure that it is opaque and no slits, marks, or gaffs exist on it. The judge affirms this and then signs the envelope. A spectator is asked on stage and given a white board and marker. The spectator is told that inside the envelope is a picture and that they are to make a drawing of what they think the picture is. After doing this they show drawing they made on the white board and the performer opens the envelope revealing a picture that matches drawing.

Time Delay Principle
This is a way of further selling the fact that you were no where near a subject when they think of a word or object.

Drawing Our Personality
The performer asks a random subject to think of an image, ensuring that they do not choose something obvious like a car, but something more obscure. After asking for the subject’s full name and what this person aspired to be when they were younger, the performer is able to correctly draw what the subject has in mind and learn more about the subject’s personality in the process. The subject writes nothing down and there is no pre-show work.

Overlooking the Obvious
Several spectators are brought up on stage. One is singled out and acts as the “sender.” The others act as “receivers” and each writes a few numbers down on a note. When the note is passed to the sending spectator and he / she is asked what is on the note he / she replies, “My phone Number!”.

Prediction Production
This is a fantastic way to make any, and I mean any prediction come from inside a locked box.

Geminus Cogito
A spectator is given a pile of over 20 contact cards. On the front of each card is a name and on the back of each card is a phone number as well as a list of hobbies and interests. The spectator picks one of the cards and from the information provided on the back thinks of a card that they think might be appropriate for the person described on the contact card. The spectator is then encouraged to put their cell phone on speaker and call the subject on the contact card. The performer says hello and asks the subject to think of a card. They pick the same number the spectator picked for them.

The Rain Man Effect
A spectator comes on stage and is given a phone book. Another spectator is given a business card and asked to write down a page number and a number for entries down in the page he wants to go to. The mentalist reads only the page number and the entry number, asks the spectator with the phone book to look that up. The performer, without looking at the book, reads off the name, phone number, and address of the person in that position in the book.

Standing On The Shoulders Of Giants Vol.13 by Peter Turner