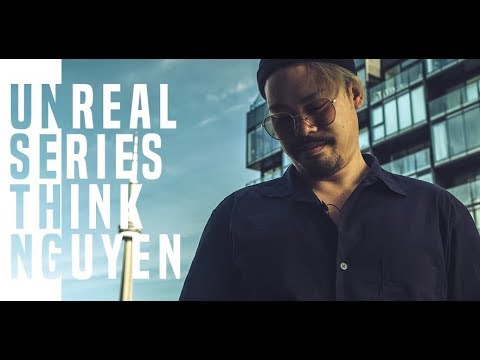 Think Nguyen is on a new wave. <Scratch that>. He’s in a new ocean.

His forte is creating gimmicked-looking magic with pure sleight of hand.

We originally flew to film one trick with Think, but as the shoot went on and he opened up to us, we HAD to keep it rolling.

The Unreal Series is like a survivalists starter kit for making pure FIRE, but with magic.

Everything within is 100% impromptu and uses a normal deck of cards. You could borrow it, but laymen don’t carry decks.

#1. TILTED is a control to any position in the deck.

Summoning the powers of Marlo, Think will teach you the finger positions behind a zero-card displacement top control (try saying that 5 times fast), a palm ready bottom control and a way to have it convincingly placed into any position in the deck.

Think’s decision to create slow, motivated movements here disguises the method and opens up a whole new dimension to your 4 of a kind reveals.

Insert into your existing routines TODAY.

#3. BUBBLES is an oil and water effect. STOP! Please don’t leave just yet. We know we almost bored you to death with that plot again, but this one is COMPLETELY DIFFERENT. Bubbles is the most original take we’ve ever seen and the visual ending fizzes to a climax where the red cards & black cards bubble away from each other.

This routine is worth the full price of the download alone. Using a normal deck and the sleights taught, it could propel you lightyears ahead of where you think you are in magic right now.

Become UNREAL with a deck of cards.