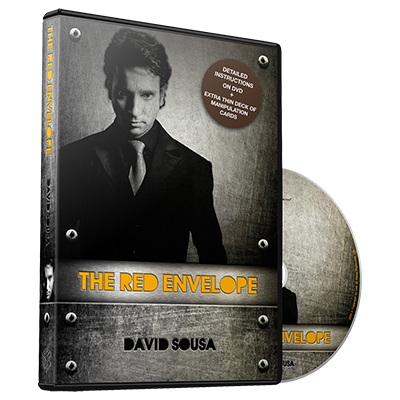 The Red Envelope by David Sousa and Luis De Matos

The Red Envelope is David Sousa’s award-winning silent act. This act inspired a generation of world-class manipulators and champions and led to David being appointed Honorary Professor at the Academy of Magical Arts in South Korea.

In this themed act a red envelope appears, transforms and vanishes in the most astonishing manner. These incredible visual effects can be used in any stage act and the ingenious systems applied to develop more astounding productions, vanishes and transformations.

Effects include: Ball to scarf, cane production, card to confetti, interlock card production, card fans to envelope, torn & restored jumbo card, envelope productions and transformations. Learn David’s techniques then apply them to your own act and create your own stunningly visual effects.