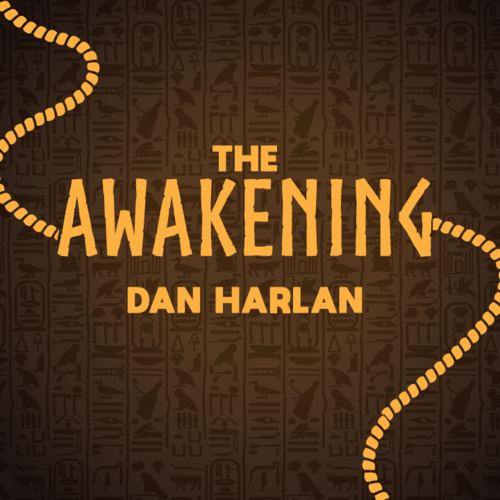 The Awakening by Dan Harlan

The best new rope trick of the last 20 years, and Dan…

The best new rope trick of the last 20 years, and Dan Harlan’s personal opener. Three ropes change length over and and over again, fooling even magicians.

“So, after 30 years of practicing rope magic, I can’t believe I’m considering a new version of the Prof Nightmare! But yes; I will use this! “ – Doug Conn

“Dan Harlan’s Awakening is one of my absolute favorite rope routines of all time! Not only is it fooling, it is also just FUN to perform!” – Cody S. Fisher

“Dan absolutely floored me with the Awakening when I first saw it. I genuinely have never been a fan of the standard Professor’s Nightmare, but Dan has breathed new life into this classic that both engages and baffles audiences like it never has before.” – Kyle Purnell

“Its no small feat to improve a classic of magic… yet that is exactly what Dan Harlan has done with The Awakening.” – David Jonathan

The magician clearly shows three pieces of rope: one short, one medium, and one long. The pieces are held very clearly apart. The ropes are counted and visually they change so that they are all the same size. The ropes are clearly held apart, and the magician can even open their hands to show they aren’t hiding any silly knots. The ropes then change back to three different lengths and back to the same length in wildly visual ways.

Complete with a charming routine from Dan Harlan, this is the most visual rope trick you will ever perform. There are no magnets, no snaps, no hooks, and the gimmick does nearly all of the work for you. The gimmick is ready to go right out of the box. The Awakening is astonishingly easy to do and has made its way from Dan Harlan’s lecture into the working repertoire of some of the top magicians in the world. Now you can perform one of the best rope tricks ever put on stage. This is rope magic that won’t put your audience to sleep. This is The Awakening by Dan Harlan.