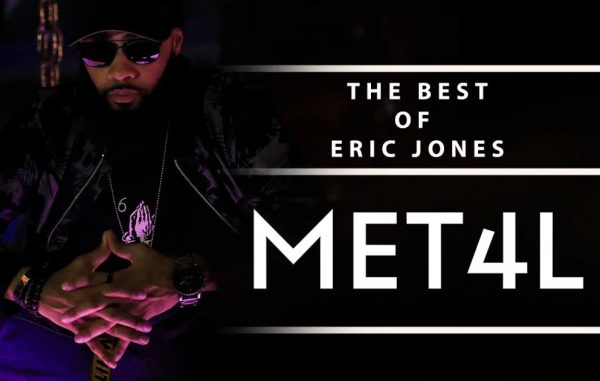 Metal 4 contains the coin magic that took Eric Jones into the most successful television shows of his life.

From his start performing simple coin tricks on the streets of Philly, to America’s Got Talent (Semi-Finalist), Penn and Teller (he beat them), and Masters of Illusion, Eric did it all with a few coins and these brilliantly crafted routines.

Now he’s handing the routines over to YOU.

In Metal 4: The best of Eric Jones, Eric will teach you methods, nuances and theory for creating magic that resonates deeply with the people watching it. Eric gives you coin magic that, for the first time ever, translates as well on stage as it does in person. This is THE material that he’s personally used to propel his career to stratospheric heights.

Whether it’s an audience of 1 person, or 1 million, Metal 4 will teach you the skills required to take your coin magic to a levels you never thought possible.

Metal 4 is the Ultimate Collection. Eric’s ‘BEST OF’ material. The routines he chooses when he gets yet another call to perform on TV.

WHAT YOU GET – THE 6 ROUTINES INCLUDED IN METAL 4

WATCH THE FAMOUS AGT ROUTINE – Without the table finale, Eric teaches you in Metal 4 how he vanished coins in each of the judges hands. This is the coin trick revered by MILLIONS!

WATCH OXY CLEAN IN ACTION – In this TV performance, Eric’s opening trick is called OXY Clean. 3 coins appear in the cleanest manner and vanish one by one to any location you desire.