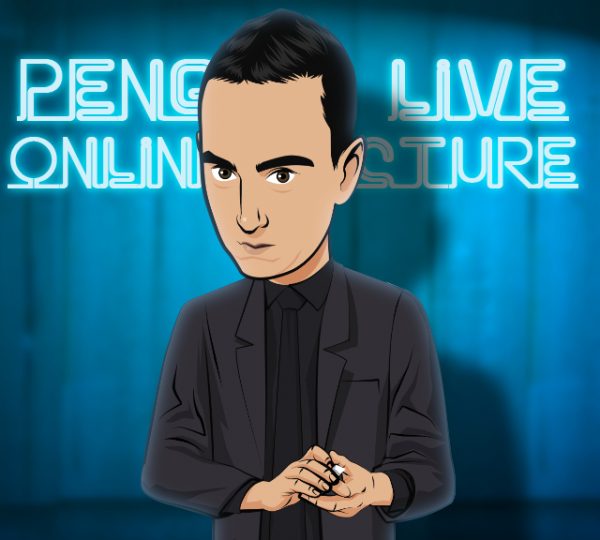 “I know Larry and have worked with him in South America. I…

“I know Larry and have worked with him in South America. I also own quite a few of his great effects. I consider Larry a genius for the way he thinks and the material he creates. He is one of the best mentalists and creators out there! Don’t pass up the chance to see Larry on Penguin Live! I promise you it will one of the best things you can do for your career.” -Richard Osterlind

“Many of you might know Larry from his amazing products, such as the Larry Lock or the Larry Peek Wallet. Nevertheless, Larry is one of the most brilliant mentalists in the entire world.
In his lecture you will not only find a deep mine of information but also the much needed ingenuity and innovation that modern Mentalism tends to lack.
Highly Recommended, you must not miss a such high quality lecture such as Larry’s.” -Anthony Blake

“Larry is going to surprise you like he did me every time he taught me his very clever methods!!!” -Juan Pablo

“Larry is like this, kind of tricky, deeper than you would think but also deconstructive. Simple but exquisite and complicated. Just like a good grill.” -Hernan Maccagno

“Larry is enthusiastic, unstoppable, creative and brilliant. And to all that I add that he is one of the best people I know. With that combo it is impossible for him not to be a great artist.” -Agustín ‘Soy Rada’ Aristaran

“Argentina has been a fountain of creative and strong magic from many years now. Larry comes from the streets of Argentina which means his magic has been tested in the most strict conditions in the world. This lecture is sure-fire-original-magic, what else pibe?” -Javi Benitez

“I’ve seen Larry many times here in Buenos Aires and he always has strong mentalism that surprises us. I bet you will find something that will surprise you too on his lecture.” -Adrian Lacroix

“Larry, a mentalism specialist with extensive experience in shows, is persistent in his work with practical and 100% effective ideas.” -Gustavo Raley

Larry’s Foolproof Intuition- Several envelopes are fully examined and spectators are asked to think of cities around the world. The magician writes them down and leaves them on the table, then makes a prediction. Each paper is put in separate envelopes chosen by a spectator. The envelopes are mixed and the spectator chooses an envelope at random. When he takes the paper out, the city on the paper matches the prediction and the envelopes can be examined again.

Numbering to Destiny- A freely thought number coincides with the sum of several numbers chosen by other spectators, also freely chosen. Then the number is part of the serial number of the ticket that the spectator has in his hand from the beginning.

The Magician’s Dream- One deck is mixed and examined by a spectator. They freely choose a number and another spectator draws a card. The position is counted and the drawn card is in the same place that the spectator chose freely.

Cards Across- Three cards travel and return in an impossible way.

Into My World, The Final Version of Out of This World- “It’s interesting how you seem to be witnessing an out-of-this-world and suddenly the effect takes an unexpected path of impossibility, ending with an incredible and unexplainable finale. It definitely fooled me, I’m sure you will enjoy this effect as much as I do!” -Henry Evans

Larry is an Argentinian performer and creator who speaks at numerous international magic conventions and has won numerous prizes and accolades including:
1st Prize of the National Championship of Spain 2017 Manresa. Mentalism category

Director of the Latin American meetings of mentalism.

President of the Iberoamerican Society of Mentalism. S.I.M

The Card to Box Project By Asi wind