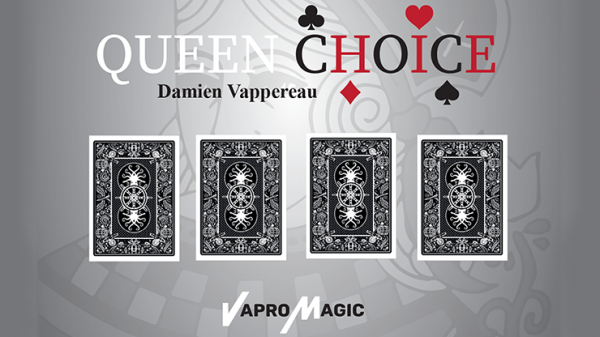 Find The Queen by Damien Vappereau

Damien Vappereau revisits “B’Wave” by Phil Goldstein. Discover a simple, automatic, direct and confusing version for the public.
BThe magician presents some cards face down while explaining that they are the four Queen. He then puts a card aside, still face down. Then the effect begins:

Very simple, easy to present
You receive an internet link to access an explanatory video in French.

Receive, open and in less than 5 minutes you can make it!