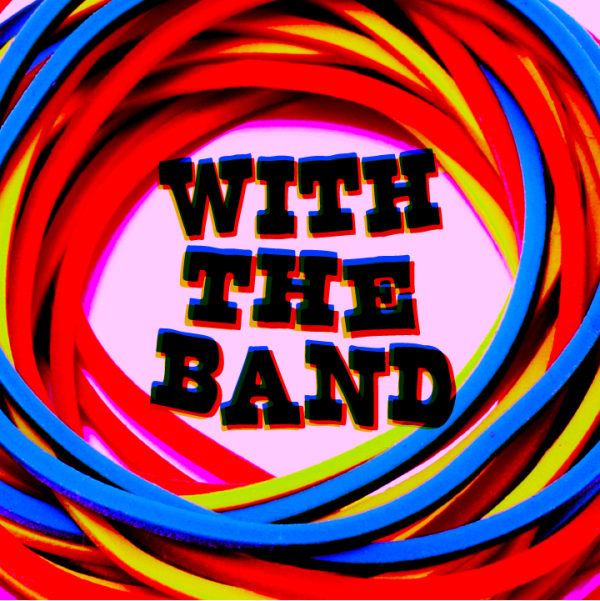 With The Band By David Jonathan & Dan Harlan

A must-have trick for the working pro. A rubber band visually vanishes and…

A must-have trick for the working pro. A rubber band visually vanishes and finds a SIGNED card in the MIDDLE of the pack

“This is absolute dynamite and will go into the working repertoires of magicians around the world!!!” – John Carey

“I love the idea of combining cards with an everyday object like a rubber band. The routine is fun and the vanish looks like CGI in front of your eyes. I am sure you will use this!” – Nikolas Mavresis

If history is any indicator when David Jonathan and Dan Harlan collaborate you get a really cool trick. Imagine being able to have a rubber band find a signed card without any gimmicks. That’s With The Band.

David and Dan teach TWO versions of the effect, with different methods, that are both practical and interchangeable, so you can combine elements of each to see what works best for you!

A card is selected, signed, and then returned to the deck. The deck is put in the box. The magician tells the audience that he won’t be the one finding the card, one of his stretchy assistants will be. A rubber band is wrapped securely around the box. Then the rubber band suddenly vanishes. The box is opened and the rubber band is found in the middle of the deck wrapped around a playing card that just so happens to be the spectator’s signed card. The best part? Everything can be examined.

No special gimmicks or difficult sleights. With The Band is easy to do and gets huge reactions. This trick is a great opener as well as a great effect to transition with from card effects to rubber band tricks or vice versa. This is an effect that’s a real winner and it all works With The Band.

Game On By John Carey