Back
$2.95Very Best of Flip Vol 4 (Flip-Stick and Much More) by L & L Publishing
Magic Tricks

A true international star of magic, Flip has been delighting audiences for… 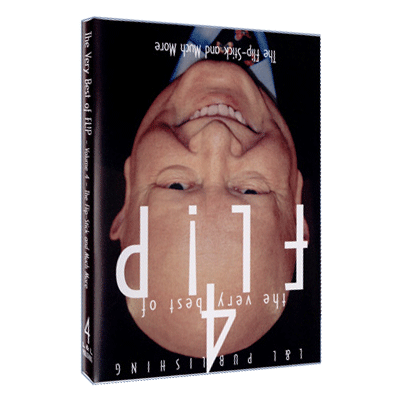 A true international star of magic, Flip has been delighting audiences for decades with his enchanting, whimsical magic. He’s been invited to lecture and perform for just about every major magician’s convention in the world, and his lectures are always greeted with acclaim by all who have been lucky enough to attend.

Of course, Flip’s place in magic history is secure as the inventor of the Flip Stick, a multi-purpose sleight that allows a magician to vanish any long, thin object instantly and visibly. The following DVD volumes contain the very best of Flip’s magic routines.

The Flip-Stick and Much More

BONUS: Performances only of Garrett Thomas’ RUBIK’S CUBE and THE RING THING.