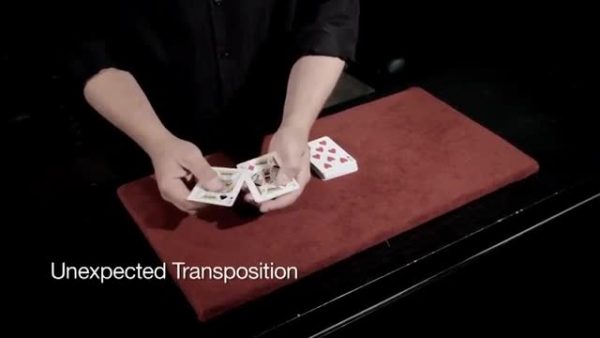 The Unexpected Upjog is a mechanical method for producing one to several cards from a table spread. It happens instantaneously and automatically and is a surprising way to produce either a selection or the four Aces. The concept has no doubt been around for decades, but as far as we know, no sure-fire technique has ever been published… until now.

Doc Docherty, creator of the Groove Electric Switch, is at it again with another highly visual and not too difficult card sleight, this time in the form of a revelation – literally!