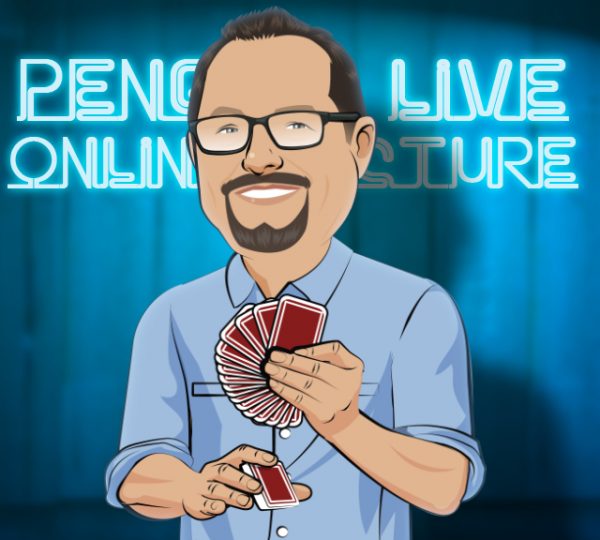 “The Ron Bauer Private Studies Series is a course which will make you a better magician… period.” –Tim Trono

“Ron Bauer’s Private Studies Series contains some of the cleverest, commercial routines that I have witnessed-each booklet is truly a gem. Ron is to be highly commended for making such a unique series available.” -Tom Gagnon

“This is the lecture I’ve been waiting for! I’ve seen Tom perform most all of these routines and they are gold! The magic is strong the routining is flawless and the entertainment value is top notch. Learn and study this material to see how good your magic could and should be.” -Tom Dobrowolski

“Ron Bauer’s Private Studies Series is as deceptive as its subject. Slim works with broad insight into the details and psychology that make a magic effect entertaining, memorable and baffling. Each ‘study’ is a compact lesson in great magic.” -Stephen Minch, Hermetic Press

The Ron Bauer Private Study Series comes alive when Tom Gaddis and three other students of Ron Bauer have a round table with Erik Tait in the new Penguin studios.. You’ll get to see Tom Gaddis perform, teach, and analyze several of these performance script monographs including the following…

Four Squares and A Knot- Here’s a visually magical and hilarious opening stunt in which the performer uses COLORS to “psychologically evaluate” the audience. This ultra-clean handling of Al Baker’s streamlined Sympathetic Silks plays big for any size crowd but is small enough to carry in your pocket!

Gadabout Coins Revisited- A whimsical rationalization for carrying three half-dollars. With them, you win an intellectual battle with your audience by using repetition against them! (Of course, you don’t reveal there’s a battle until you prevail).

Lot’s O’ Lock- Be the first magician to put their money where their mouth is! Your audience could win a $100 bill in a game of chance, but you turn the tables and prove you knew the outcome all along. No audience will see this funny and fooling surprise ending coming!

The Worn Out Deck- What do you do when all the card tricks in your trusty pack run out? That’s what happens to any deck that’s been too-shuffled and too-cut! Thanks to something explained this lecture, the calamity can be quickly curtailed making the deck good for one more card trick!

Fair & Sloppy- Due to the willingness of certain spiteful spectators to take advantage of their magician, you illustrate the value of your magic teacher’s admonition that it’s always wiser to cut the cards instead of classes. Learn how to turn Ed Marlo’s Convincing Control and Sid Lorraine’s Slop Shuffle into totally believable illusions.

Second Sight- Ever think of someone and then the phone rings and it’s them, or you run into them unexpectedly? If you had that power 24-hours a day, 7 days a week, you’d have the power of Second Sight, and you wouldn’t be afraid to use it! Now you get to demonstrate your abilities in this virtually self-working mental masterpiece with one of the most shocking and hilarious surprise endings you’ll ever see!

Clones from Brazil– Why do you carry these strange sponge balls? It’s science of course! You’ll learn one of the most deceptive sponge ball moves, a killer ending… all wrapped in a narrative that’s funny, makes sense, and will convince your audience you are the most interesting magician they’ve ever seen!

The BAT System by Carpenter Wong