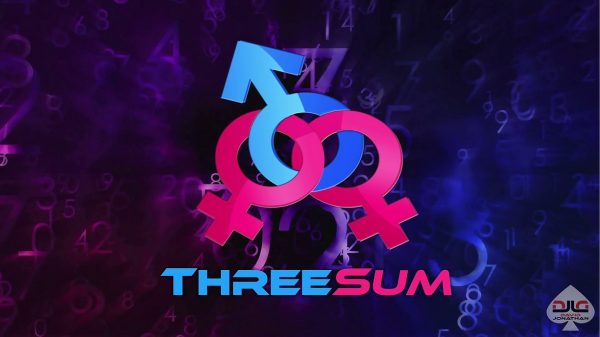 THREESUM is a super direct and powerful routine with a regular shuffled deck. Best… 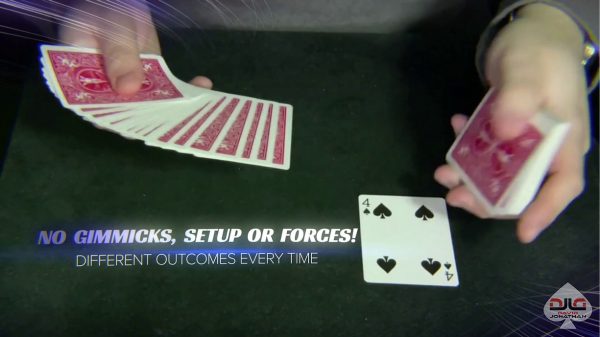 THREESUM is a super direct and powerful routine with a regular shuffled deck. Best of all, as unbelievable as this may sound, it requires no setup, every selection is a genuinely free choice and it is 100% impromptu. This is all thanks to the ancient principle that has been unearthed and entirely reworked from the ground up to create this deceptive miracle.

Here’s What Happens:
The performer tells the audience that THEY will perform an effect. From a shuffled deck, any card is selected, remembered, then returned in the pack, which is shuffled further. The participant now removes ANY three cards from the deck and the values of each are summed. They count down to this number in the deck and miraculously find their chosen card at that EXACT position!

So fire up the download, grab your cards and uncover the devious secrets of this impromptu gem!

“David has taken a clever if slightly underwhelming effect and turned it into a lean, mean, mind bending machine. So freaking clever. I love this trick, wish I had thought of it!”
– Cameron Francis

“David floored me with this beautiful effect!”
– John Carey

“What David has done with THREESUM is nothing short of incredible! Seriously, no smoke blowing here.  How he managed to take an old principal in card magic, remove all the procedure and dress the diabolical secret in a super direct and commercial routine, I’ll never know.”
– Kyle Purnell

“The first, second and third rule of magic is not to be fooled by a principle that you already know… but David totally fooled me with this one!”
– Vinny Sagoo

Be the first to review “Threesum By David Jonathan” Cancel reply