Back
$1.70The Gift by Angelo Carbone
Magic Tricks

The Gift by Angelo Carbone 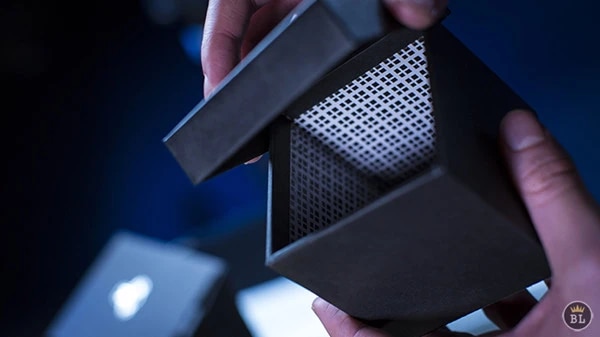 A devastating prediction device built into an innocent looking box

“Angelo fooled me with his original version, and the finished product is just wonderful. It’s a beautiful trick and a very versatile prop with all the trademark elegance we’d expect from one of close-up magic’s finest living inventors.”
– Derren Brown

Rarely does a secret get published that ticks all the boxes (no pun intended).

A unique concept from master creator Angelo Carbone, The Gift is an effect with a method so clever that you’ll feel a giddy urge to reveal the method to your spectators. We don’t suggest that you actually do this.

The spectator deals the cards face up and stops wherever they want. They open the gift box themselves and remove the prediction inside. The prediction will ALWAYS be correct!

Bonus routine included where your prediction is torn in half, and half of it is in view the ENTIRE time before a card is selected. The other half is inside the box and, of course, both torn halves match perfectly!

The spectator and the box do the hard work, but you come out the winner.

The Gift is a self-contained, precision-crafted device that makes the effect easy to perform. It doesn’t use any indexes or loads, and resets in seconds. Open the box, set up the device, and you’ll be performing within minutes.