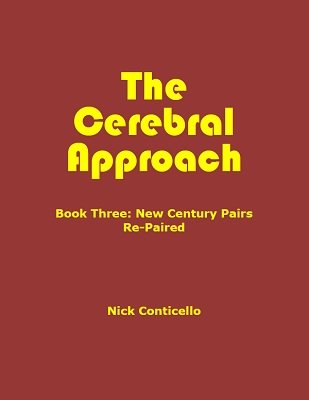 The Pairs Re-Paired, aka The Latin Card Trick or Mutus Nomen, is one of those ancient classics that everybody knows but nobody does. For roughly two centuries, the problem of laying out the cards in too studied a fashion was never addressed. Stewart Judah was the first to tackle the problem, revealing a vastly better approach in The New Phoenix in the early 1950’s. From that starting point, Nick Conticello has brought the effect into the 21st Century. He has streamlined the selection procedure, eliminated the code words, and added a strong climax. Further, by applying the wonderful No-No’s Fishing concept of Simon Aronson, he has stretched the boundaries of this effect beyond anything previously imagined.

Magicians and mentalists alike will love this approach. No sleight-of-hand is required for any of the effects in this ebook.

Be the first to review “The Cerebral Approach: Book Three by Nick Conticello” Cancel reply