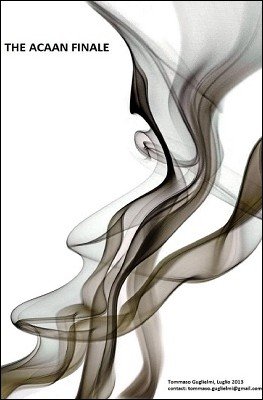 The ACAAN Finale by Tommaso Guglielmi

After many versions of ACAAN, Tommy has created a version which he…

After many versions of ACAAN, Tommy has created a version which he believes is very direct, hands-off and very close to the perfect ACAAN From the spectator’s view point, you will see .:

In all his previous versions he had to perform something before the effect or in combination with another effect. This time, he performs only this effect and it must appear as clean as possible.

\ “This is a really great solution to the ACAAN plot. It’s elegant, direct and extremely practical. The thinking behind the method is clever and subtle. This is definitely worth adding to your arsenal of ACAAN methods \”– Marc Paul

In this ebook you can find the main routine and some totally impromptu variation. The main routine can be done in different ways requiring difficult or easy methods. The impromptu version requires a bit of practice to perform the effect smoothly. As bonus you will find another effect called Chaos ACAAN. This effect could be used in order to repeat immediately the entire routine.