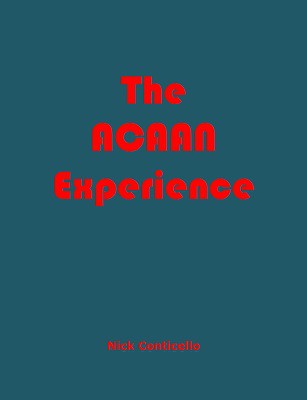 The ACAAN Experience by Nick Conticello

Author and collector Doug Edwards after seeing a performance said: “That’s the…

Author and collector Doug Edwards after seeing a performance said:

If you have ever wanted to do an impromptu version of the David Berglas classic ACAAN but despaired of finding a workable method, rejoice! In his new ebook The ACAAN Experience Nick Conticello offers you four impromptu methods.

Each version of Nick’s effect CAAN-Fluence starts from a single premise but uses a different technique each time to place a freely chosen card at a freely chosen location in a borrowed, shuffled, incomplete deck. None of these versions require any sleight-of-hand more complicated than cutting to a break. Best of all, three of the methods need no mental counting of any kind!

Effect: Any ordinary, borrowed, incomplete deck is shuffled and cut by a spectator. The volunteer thinks of a number between 20 and 30 and writes it down if he likes. He deals twenty cards to the table and thinks of one of them, then loses the twenty cards into the pack himself. The performer retrieves the pack and deals cards face up on the table, eventually stopping past the midway point. The face up cards are handed to the volunteer, who announces the number he thought of and counts to the card at that number. It is his thought-of card!

Nick Conticello says: “I performed the first version of CAAN-Fluence at an SAM Parent Assembly meeting recently. I got the best reaction I have ever received for a mathematical trick! Weeks later people came up to me and asked to see it again. No impromptu version will ever match the Berglas version but this is as close as you will ever come!”

The Three Card Monte as Entertainment by Lewis Ganson