Standing Up Triumphantly by Nathan Kranzo

An unforgettable triumph. You SEE the moment the entire deck fixes itself…. 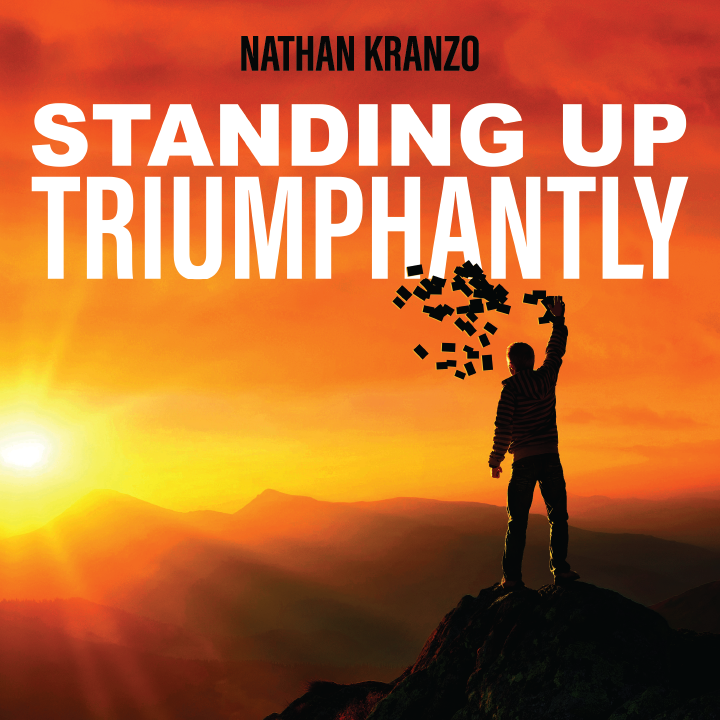 An unforgettable triumph. You SEE the moment the entire deck fixes itself. A mind-warping, time traveling experience.

Visually unshuffle a deck mixed face up and face down. This ultra-visual in the hands Triumph routine has been one of Nate Kranzo’s go-to walk-around effects for over a decade. This is a triumph that looks like trick photography but uses pure sleight of hand. This is Standing Up Triumphantly by Nate Kranzo.

The magician dribbles the cards from hand to hand and has the spectator call stop. The card is remembered and lost in the deck. The cards are then woven together face up and face down. The deck is held in one hand so the audience can clearly see the deck is all messed up. With a snap of the fingers, the cards visually correct themselves. Then the cards visually unshuffle themselves with a satisfying flourish. To cap off the routine the magician ends up back at the very beginning holding the card the audience member stopped at.

This handling of the Triumph effect happens in the hand and doesn’t need a table. There are no flap cards, magnets, or gimmicks at all. Nate Kranzo teaches you everything you need to know to be able to perform this classic effect with crazy visuals. The unshuffling flourish alone is worth the price of admission. The applause your audience will give you at the end of the routine will leave you Standing Up Triumphantly, by Nate Kranzo.