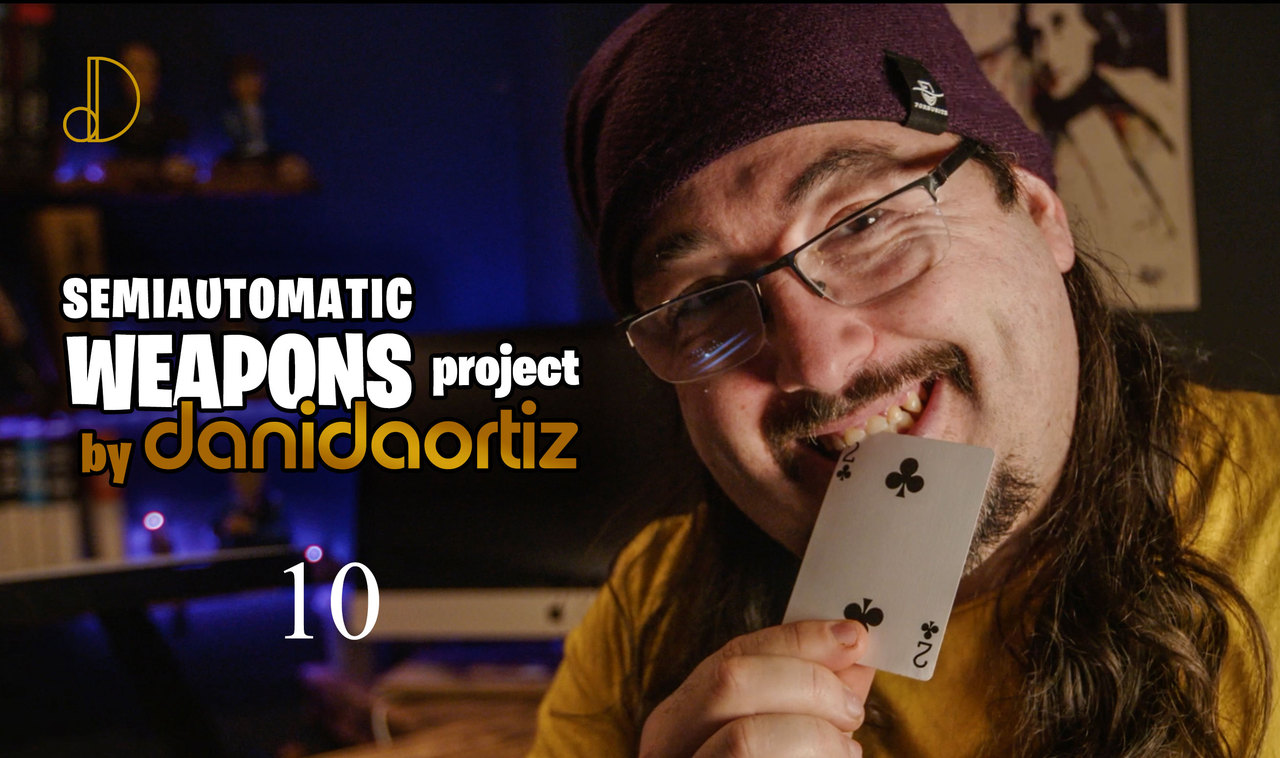 From a mixed up deck, a card is freely chosen, then ANOTHER…

Dani Daortiz shares with you a lesser-known stack idea in magic that has boundless opportunities for the shrewd card worker. This stack and its principles are on full display in this incredible effect with an apparently well-shuffled deck. The magician deals cards onto the table from a shuffled deck, and the spectator says stop whenever they like, or they are given the option to select from a spread. In either case, the spectator removes a card from the deck. The magician then deals cards face up on the table until the other spectator says stop. After they stop, the spectator is allowed to add as many additional cards as they want until they are happy with the position, and the card they stop at is revealed to be the mate of the card the first spectator selected. Then the rest of the deck, which was shuffled, is suddenly to be revealed to have sorted so that all of the cards are mated pairs. Even a pile that was dealt through moments before and shown to be mixed is now entirely made up of mated pairs. It’s unbelievable. This lesson is over forty minutes in length and features concepts that will expand your mind on what is possible with a stack and how much you can shuffle cards that have been pre-arranged. Key takeaways for the student include:

Control by Couples
This fascinating stack sets you up to create incredible coincidence effects with very minimal sleight of hand. Using this stack allows you to show a deck completely shuffled and then miraculously separated into pairs. You can use it to locate cards, reveal mates, secretly know chosen cards, and so much more. This fascinating stack will open a whole new world of card magic to you.

Shuffle The Even
Destroy everything you know about false shuffles. Dani introduces you to a very special set of shuffles that caters to specific qualities of the Control by Couples stack. Your audience will see a deck that has been thoroughly shuffled, and yet you retain control over the cards so that you can perform miracles.

Lesson Ten of the Semi-Automatic Weapons series features a wild new stack that is going to unlock new plots and presentations that your audience will never see coming. The powerful principles and sleights you learn give the appearance of complete chaos while you retain control of the cards and your audience. You are about to become privy to the secrets that make the magic of Dani Daortiz so disarmingly devastating. It’s time to go to school with Dani DaOrtiz in the tenth lesson of The Semi-Automatic Weapons Project.