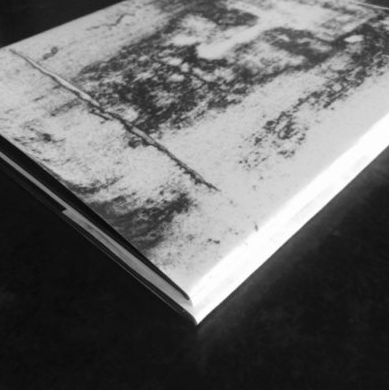 Effects include: Prop-less ways to divine and predict playing cards merely thought of. Including Ross Tayler’s Kings card force, which is a way to hand a deck of ordinary shuffled cards to the spectator and have them

With SECOND COMING Ross and Fraser have quite simply created a masterpiece that will be looked back upon as a modern classic within the art of Mentalism” Peter Turner SECOND COMING is THE book we always wanted to read and always needed to write. Reading this you will experience a paradigm shift and this will forever change the way you perform. It is the natural outcomes of an evolution of our existing approach with surprising innovations, to produce the cleanest prop-less mind reading, ever witnessed. Those who get to look inside this book will come away being able to read minds effortlessly using nothing more than their words and their understanding of how words can shift perception, to make it work. Method and effect are seamlessly interwoven to the point where what you DO can be considered real. The illusion comes full circle and once your performance is over all that remains is the beautiful lie.
Effects include: Prop-less ways to divine and predict playing cards merely thought of. Including Ross Tayler’s Kings card force, which is a way to hand a deck of ordinary shuffled cards to the spectator and have them simply look through the cards and think of one and always be able to reveal their thought of card. You are even able to tell them when they have decided to change their mind between two cards and reveal both thought of cards. Prop-less name reverse name guess where the spectator uses their genuine feelings and intuition to divine the name the performer is thinking of and has written down ahead of time before any process has seemingly begun. Prop-less name guess. This is the most streamline and elegant way ever conceived to reveal a name someone is only thinking of, with nothing written down and without any letters or categories being named out loud by the spectator, whatsoever. We feel we have found somewhat of a holy grail for the billet-less name guess plot. Reverse name guess using previous method but flipping it on it’s head. Ross Tayler’s Star Sign divination which got amazing reactions at The Session 2017 when Fraser showed this to a few pros – not only for the impact of the effect but also due to it’s beautifully deceptive and elegantly streamlined method. We feel this is worth the price of the book in and of itself. Finally, we now have a Star Sign guess that is entirely conversational and doesn’t use anagrams or any odd procedure. Also included is our half billet peek method using a standard piece of paper and a marker that relies on psychology to make it work. The spectator writes on a piece of paper and folds it. Then without the performer unfolding the paper or tearing it or doing anything unnatural they can at any time they wish, get a full peek under the fairest circumstances – without any pressure to get the peek quickly. This is our answer to classic billet work and we feel the most natural way to do it. And much more. Forewords from Kenton, Jerome Finley and Peter Turner. “Fraser and Ross have cracked the green tablet again! Like men amongst animals, poets amongst the mute, they have conjured up a way of telling a stranger their star sign and the stranger telling you yours. Scriptflippin’ business as always!” Anthony Jaquin SECOND COMING is a Hardback book with printed dust jacket cover. These are limited to 200 copies