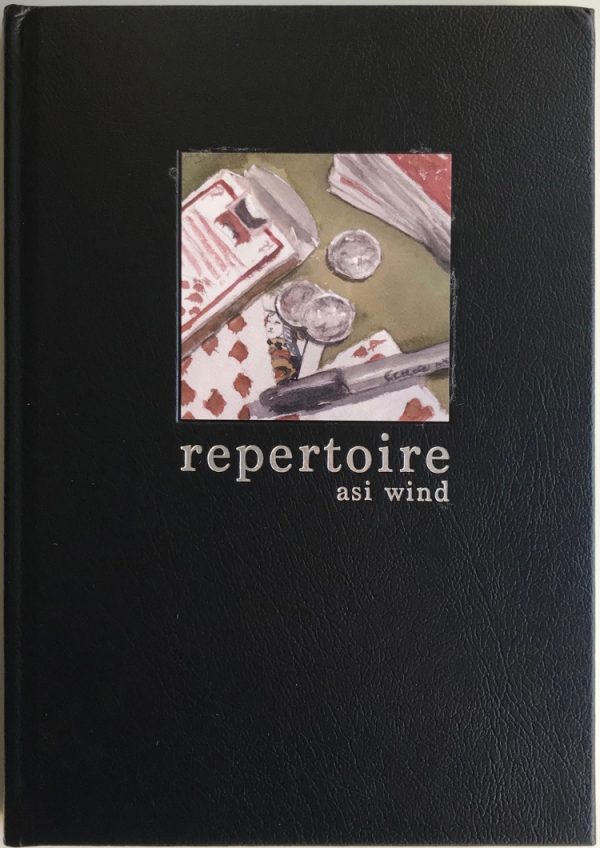 This volume presents an extensive collection of Asi Wind’s repertoire that stretches over the last two decades.

Asi’s style of performance has led him to devise magic that seems as fair as it gets and magic almost happens by itself. These routines that have been kept under wraps for many years are laid out here for the first time in great detail.

Asi also revisits several routines he published in the past and brings them up to date with added details and features that he developed over the years while performing them.

Time Is Money – A borrowed, signed bill vanishes and reappears under a spectator’s wristwatch.

Out of the Blue – Nearly impromptu version of “Brainwave.”

Somebody Stop Me – A card divination under test conditions.

Double Exposure – A Triumph effect with a borrowed phone (with additional handlings and feature details).

Catch 23 – A Chair Test that doesn’t use chairs, combined with a Bank Night, where the contents of the envelopes are related to the people onstage.

The Trick That Never Ends – A spectator cuts to any card he names.

page is torn out of the book, it gets burned, and it reappears in the book, burnt edges and all.

Crossing Over – A spectator removes a group of cards from different parts of the deck behind the spectator’s back. That card vanishes and reappears reversed in the middle of the pack.

Reverse Engineer – A spectator blindly reverses a card in the deck, and that card happens to be the card he named.

Supervision – Divining two cards that have been removed from different parts of the deck beyond the spectator’s back.

Folded Under Pressure – A deceptive way to secretly fold a card into fourths.

Not-So-Straight Triumph – Two Triumph effects back to back.

Lucky 13 –  A new treatment of a classic plot that has been attributed to Johann Nepomuk Hofzinser “suit selection.”

Echo – A sympathetic effect with two decks and a surprise kicker.

Be the first to review “Repertoire by Asi Wind” Cancel reply