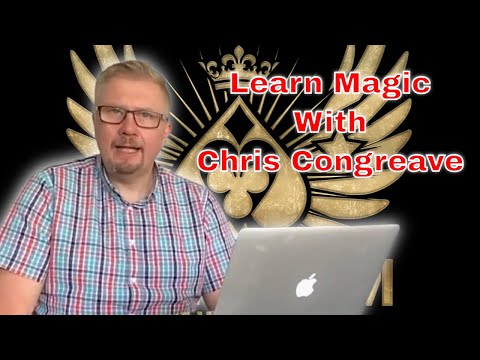 One more thing – An academy by Chris Congreave

Chris Congreave joins us again for another awesome academy full of commercial workers that are sure to amaze. This academy will be check full of ideas that Chris will be sharing with you some of which have never been shared before! Amongst the items Chris will cover includes;

Stop and think – A mentalism card routine that is EASY and impressive, totally hands off so also perfect for zoom shows/conference calls etc

Thanks to Dave – A super commercial routine where a torn up card is the prediction, and it’s wrong, so you change it to the spectator’s card, one piece at a time!

*Double CTW – 2 signed cards are in the performers wallet that was on the table the whole time, no palming!

*Coin prediction 2.0 – a brilliant prediction routine using imaginary coins, and a coin gaff that you will already have.

*Holy prediction – A hole is punched on your business card exactly where the spectator says. You turn over the card and there is an arrow pointing at the hole. Turns your business card into an impossible souvenir that they will want to keep and show all of their friends!

*Future City – A new effect by Gary Jones, that really does look impossible

Plus so much more!!

*Previously unpublished will appear in Chris and Gary Jones next book

CRAG by Joseph B