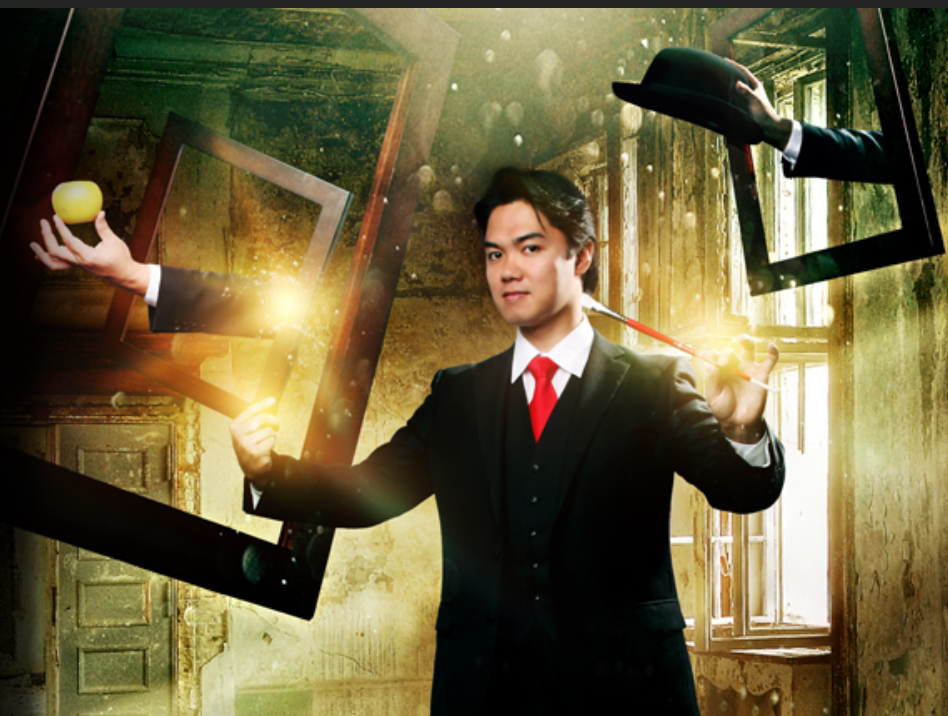 Marvelous Sponges: A two sponge routine.  Magician shows one sponge ball which turns into two sponges in the hands of a spectator.  This is repeated several times for amazement only to end with both sponge balls vanishing at the end.

Pen Thru Bill: Shoot teaches a non-gimmicked version of penetrating a dollar bill with a pen only to show the bill unharmed at the end.

Pen Thru Bill Version 2.0: Shoot teaches an optical illusion of pen thru bill.

Not a Knot Silks: Shoot teaches a foundational effect for silk magic.  The magician ties two silks together and then he has two spectators to hold the ends of each silk only for the silks to instantly come apart.

Pro Tip: Shoot teaches a mini-workshop on folding a silk.

Insta-Silk: The magician pretends to fold up invisible silk only for a real silk to pop out of thin air. Extremely visual.

Rope & Silk:  Magician takes a rope and ties a knot in the middle.  When the magician stretches the rope to tighten the knot a silk instantly and magically appears tied to the knot.

8 Card Brainwave:  Classic magic effect where a spectator freely chooses one card from 8 which are all face up.  The magician then shows the backs of the 7 unchosen cards which are all one color.  Then the spectator turns over the chosen card to reveal that it was the only card with a different colored back.

Jack Attack:  The magician clearly shows four jokers only to turn them face down.  The magician then proceeds to turn one card over at a time as he places each on the table to reveal that they have all turned into four jacks.  Cards are examinable.

Technique: Flustration Count.  A technique to show all cards as one even though they are different.  This technique is used in several card routines.

21 Card Trick: This is not the usual classic.  The magician asks the spectator to pick a number between one and twenty. Say the number 9 is chosen.  The magician then deals down nine cards to the table and hands them to the spectator as their pack. The magician then deals 20 cards face up from the remaining pack. Then the magician counts to the 9th card to choose a “random” card (say the 7 of diamonds) from the face-up cards on the table. Then in a magical manner, the magician reveals all four sevens.  But the real kicker is when the spectator turns over their chosen card and discovered that it’s the only card in the entire deck that has a different colored back.  This is a GREAT routine!

Magician Drawer Box: This is a must have prop that provides a ton of magic.  I once saw an Asian magician perform a 30-minute routine with this prop to receive a standing ovation at the end.  Shoot teaches the basic effects and handling of this prop.   You can grab one from Penguin RIGHT HERE

Straight Talk With Shoot: Shoot discusses how to make your magical movements look real.  If you pretend to take an object how do you make it look real?  Shoot teaches us how to mimic real actions when we’re actually faking the action.

Coin Thru Hanky:  A magician places a coin in the middle of a hanky.  Then the magician causes the coin to visually penetrate through the hanky.

Coin and Pen Routine:  Shoot teaches a great routine using a coin and a pen.  The coin and the pen appear and vanish at different times.  This is a wonderful spontaneous routine to perform for your audience.

Coin From Cards: The magician cleanly shows two cards front and back.  Then he places those two cards together when he allows a coin to slide out from between them.

Coins From Cards: This is very visual.  The magician pulls 4 of a kind from a shuffled deck.  He then places each card on the table in a row.  Then he takes one coin and causes it to vanish under one card.  Spectator is asked which card he thinks it is under and they choose the correct one.  However, the magician then reveals that all of the cards have a coin underneath them which is very surprising to the spectator.

Technique: Shoot teaches his version of coin roll.  How to roll a coin across your fingers non-stop.  Then Shoot teaches you how to practice the technique.

Technique: Shoot teaches us how to spin a coin with an effect at the end you can perform with this technique.

Technique:  Classic Palm:  Shoot teaches the classic effect of concealing a coin the palm. Then he teaches us how to make it look natural.

Technique:  Finger Palm:  This is Shoot’s favorite technique in coin magic. Again he not only teaches the technique but he spends time on how to make it look natural.

Technique:  Ramsay’s Subtlety: This is one of the most magical methods of showing the palm of the hand empty when in fact it’s concealing a coin. NOTE: These techniques will be used in effects Shoot will teach in Volume 3.

Shoot discusses how he got started in magic and television

Understanding the 3D dimension of you in relation to your audience

Understanding the timeline of how you present your magic effect