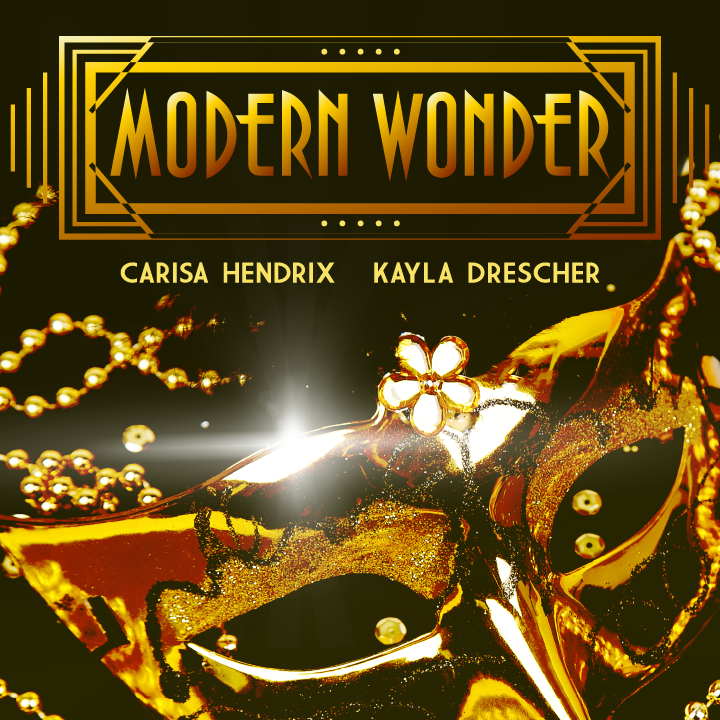 Tommy Wonder’s marvelous ideas modernized for today’s audiences. Carisa and Kayla give you polished routines you can add right into your show.

“Tommy Wonder was the consummate magician. Carisa and Kayla do a wonderful job of breaking down and updating these fantastic routines. Highly recommended!” – Mike Pisciotta

“Tommy Wonder is legendary. His magic is incredible. Kayla and Carisa do an amazing job teaching his stuff, but this series is so much more than tricks! Consider this a master class in routining. Kayla and Carisa polish these classics into modern miracles. So much fun!” – David McCreary

“Kayla and Carisa thoroughly detail some of Tommy Wonders best work. They add their own touches, presentations, and subtitles which both streamlines and updates each routine for the modern performer (and those that don’t usually have pockets!). I guarantee after watching this you will have some wonderful effects to add to your repertoire.” – Alexander Marsh

“A remarkable improvement on what was already a fantastic effect. And in the tutorial, Carisa and Kayla are meticulous to teach every little tip and trick that elevates this from an impossibility into a miracle. No Stone is left unturned. They found a way to turn an effect that’s usually a challenge between magician and spectator into a miracle where the magician is on the spectator’s side—and, just for good measure, improved the method, too. You will not be disappointed.” – Scott Green

“The incredibly thorough and detailed explanation of how to make Tommy’s ‘AutoLink’ gimmick will make you dig your Himber Ring out of your magic drawer and put it right back in your show.” – Tim Elis

“Tommy Wonder’s Books of Wonder are among my all time favorite books in all of magic literature. These two books are a must in any magicians library. Karissa and Kayla provide several interesting and creative new handlings and updates to several of Wonder’s classics.” – Patrick G. Redford

Tommy Wonder was an incredible performer, well-known for his smooth sleight-of-hand, masterful misdirection, and devious devices. His work has served to inspire magicians all over the world. The Books of Wonder are often cited as some of the most creative texts ever to be written in magic. Now, a new generation is tackling Tommy’s effects and bringing a modern sensibility to these wondrous creations. Award winning magicians Kayla Drescher and Carisa Hendrix have updated and modernized some of their favorite routines in the massive project that is Modern Wonder.

Building on the Books of Wonder, and with the cooperation of Tommy Wonder’s Estate, this project is a great introduction to the uninitiated and the perfect refresher for those familiar with Tommy’s uncompromising work.

Kayla Drescher won David Copperfield’s “Search For The Next Great Magician,” has corporate clients including Microsoft, IBM, and Wells Fargo. In addition to her own work she has been on tour as the close-up specialist for the Champion’s of Magic Tour and has appeared on Penn & Teller’s: Fool Us!, Access Hollywood, and NBC’s The Today Show. Kayla is also the host of Shezam! A podcast that answers the question “What is it like to be a woman in magic?”

Carisa Hendrix is the 2020 Magic Castle Stage Magician of the Year, is a recipient of the prestigious Allan Slaight Award, a Guinness world record holder, and her character act Lucy Darling has won international acclaim at the Melbourne Magic Festival, as well as making an appearance on Fool Us. These highly accomplished magicians will be sharing with you what they love about the material of Tommy Wonder as well as their own take on his stunning magic.

What Will You Learn?

Eye Of The Needle:
In this fascinating effect a bundle of thread is held at the performer’s fingertips. A sewing needle is gently rubbed against the thread, at which point the needle melds with the bundle of thread. The needle visually becomes threaded with 20, 30, 40, even 50 strands of thread becoming so tightly woven that it’s impossible to take off. The best part is that everything can be examined, as well as given away to become a memorable souvenir. This updated handling to Tommy’s already incredible effect will become an instant worker for performers everywhere.

Card to Ring Box:
What begins as an ambitious card ends with both a signed card and a finger ring vanishing from the deck and the performer’s hand respectively, and appearing together inside of an isolated ring box. This is a complete routine, Tommy Wonder’s 2 Second Card Fold, and build instructions for a card to impossible location your audience will never forget. You also learn a bonus routine where you can use the same props to perform a non-card routine with a mentalism flair.

Elizabeth 3:
An iconic Tommy Wonder trick in which a clear envelope with a $20 and a playing card in it are introduced. The audience is told of the many kinds of pressures such as peer, money, and time. The audience is allowed to freely name any card from the deck, under all three of these pressures, and yet the audience is still successfully able to name the card in the envelope. Kaya and Carisa have updated the handling for this to be smoother than ever and easy for all skill levels. Plus, the original handling required pockets, and now everything happens out in the open.

Autolink:
Tommy Wonder’s handling of The Linking Finger Rings astonished magicians for years because of how smoothly he handled the himber ring gimmick. His secret to handling the himber ring gimmick was a special tool used in the Autolink routine. Kayla and Carisa will teach you exactly how to construct this incredible gimmick that you’ll use to flawlessly link finger rings with lightning speed. If you perform The Linking Finger Rings this is going to go straight into your act.

Bad Art:
This adaptation of Tommy Wonder’s A Brief Message Routine keeps the core elements of Tommy’s brilliant additions to a slate routine that allow for all four sides of the slate to change, and modernizes the props for the current times. Using picture frames featuring the terrible art found in hotel rooms spirits from beyond change the art inside the frames themselves to send a message from beyond. The gimmicks are highly adaptable to your own routine, and will allow you to perform a slate routine for any audience that might no longer recognize a chalk board.

Hydrostatic Glass:
The Hydrostatic glass has been a mainstay in many performer’s act for years. The effect allows you to place a small piece of paper over the mouth of a glass of water and then turn it over without spilling a drop. Then, impossibly you are able to remove the sheet of paper so the water stays suspended in mid air, then under your complete control falls from the glass into a waiting bowl or jug. While you may be happy with your store bought gimmick, if you want to make your show have a unique and polished look you’ll want to use a custom Hydrostatic Glass. In this section you’ll learn how to make the Hydrostatic Glass from both glassware and acrylic, along with the special additions Tommy Wonder added to the gimmick that makes it more reliable and totally under your control.

Ring, Necklace, Earring:
Tommy Wonder’s Ring, Watch, Wallet might be one of his most iconic routines. It has served as an opener for many magicians for decades. It’s a great opener where a magician tells a story about getting mugged and losing their ring, watch, and wallet only to have them all magically re-apppear. In this update, Kayla and Carisa have adapted it to be performed with a ring, a necklace, and an earring. The only decidedly feminine update in the project, this update includes an appearing earring and appearing necklace gimmick that you can make at home and will surprise and delight your audiences.

The Pip Eating Spider:
An adorable routine adapted for a children’s show a spider and a the 6 of diamonds is introduced. In an interactive routine a toy spider crawls back up it’s web and one at a time eats the diamonds off the playing card. One at a time the diamonds visually vanish off the only playing card the performer is holding. This is a great call and response routine re-written with a family audience in mind.

Rabbit Roser:
Another routine with an audience full of children in mind, Rabbit Roser is a fun presentation for the rising cards that kids will love. You’ll learn the secrets behind the construction of this charming gimmick that makes it appear as though the rabbit is lifting a chosen card out of the deck. Thanks to a few small design changes the new Rabbit Roser gimmick now works with most types of gimmicked rising cards, but you’ll also learn to perform the effect without using a commercially produced rising card gimmick. This is the perfect addition to any family show.

Marker Exchange:
Kayla and Carissa have taken Tommy’s brilliant effect Tobacco Exchange and updated it for a world where tobacco is not always a welcome prop. This extremely magical routine is a progressive vanish of three selected cards from the pack, only to reappear twice inside a marker case and a third time inside of an actual marker. This is a great update to Tobacco Exchange, keeping all of the impossible moments of cards vanishing and reappearing.

In this project, you’ll get detailed instructions, live performances in casual bar settings and a formal theater show, as well as updated handlings and gimmick construction to 10 different routines from The Books of Wonder. Many of the routines have even been updated for gender-neutral handlings to accommodate performers who might not have pockets or other clothing restrictions. The routines in the project represent a massive cross section of Tommy Wonder’s material. Plus you will learn valuable gimmick building tips and tricks to update Tommy’s classic construction with modern materials and techniques. This project is a great introduction to Tommy Wonder for those new to his material and will provide new insights and touches for experienced performers. Welcome to Modern Wonder.