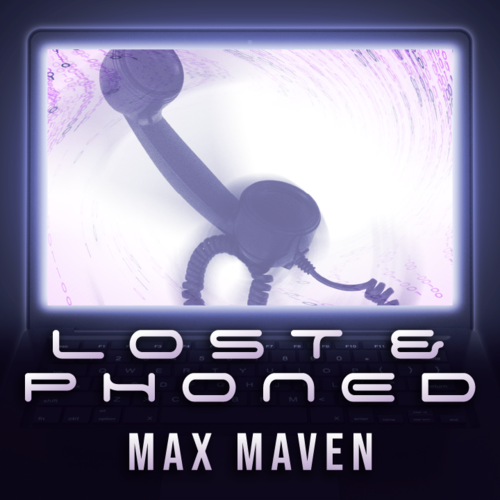 Your spectator does 100% of the work themselves, never even showing you…

Your spectator does 100% of the work themselves, never even showing you the cards, and is shocked when you find their card!

“If someone had told me this was an unpublished Al Baker method, I would have instantly believed it. Smart, strong and streamlined.” – Michael Weber

“Lost and Phoned was originally designed for faceless communication over the phone. Max has merged a devilishly deceptive card location with a simple but strong mental presentation. It packs a punch similar to Vernon’s Out of Sight Out of Mind but everything happens out of the mentalist’s hands. He also gives great tips about managing and streamlining the participant’s actions that can be applied in any remote situation, either on video or over a phone call. Principles that date back to the Roman period are at work here, which makes the effect extra fantastic.” – Jared Kopf

“This is something I will use; I tried it on my wife – she was shocked as it seems so impossible. The simple principle behind it, just using 10 playing cards, is completely concealed by presentation and acting. At the end it looks like real and sheer unexplainable mind reading. A master lesson in presentation and delivering to be followed instructions.” – Jan Forster

In these strange new times, magicians and mentalists are exploring new conditions. Shows are performed from afar, using Zoom, FaceTime, Skype, and other technologies. Creating amazement within often restrictive conditions can be quite a challenge.

Fortunately, you’ve got a guide who has been exploring these strange territories for many years. MAX MAVEN began pioneering interactive magic over forty years ago, and he has put that experience to work for you, by devising powerful routines that connect to audiences through a virtual reality. Start your journey into the virtual space with Lost & Phoned.

The spectator uses his or her own deck of cards. No set-up; it doesn’t even have to be a full deck. And, the performer never has to see the cards! Using a packet of ten random cards, the person selects one. Several cards are now discarded, so that the performer doesn’t even know how many cards are being used! Nevertheless, the spectator starts to deal down into the packet, and suddenly the performer knows that they are holding their selected card—and they are!

Lost & Phoned is apart of the Virtual Visions series, in which you will learn 6 tested, practical routines. There are no elaborate gimmicks. There’s no pre-show, or private conversation with one spectator in order to fool the others. Nothing is mailed ahead. These effects can be performed for a single person, or a large virtual audience. As a special bonus if you buy all six together, you’ll get them for a special price, plus receive an extra video, in which Max Maven recounts the History of Virtual Magic. You’ll be startled by some of this information, which puts so much into perspective. This talk is only available if you order the complete set.