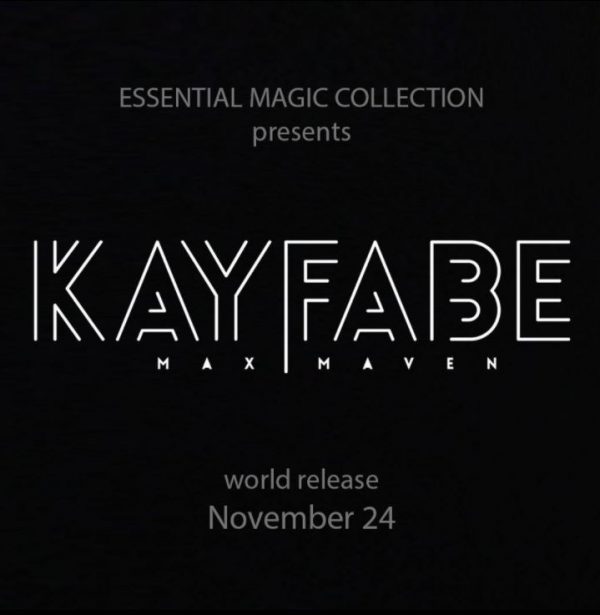 BREAKING KAYFABE ‘Kayfabe‘ means secret, and the latest DVD album from the…

BREAKING KAYFABE
‘Kayfabe‘ means secret, and the latest DVD album from the Essential Magic Collection contains many. Some of these secrets have been kept by Max Maven for forty years. They are incredibly powerful professional routines with entertaining narratives, slick staging and a devious approach to method. Let’s take a look at the contents of the 4 DVDs:

In COGNOMEN, Max divines the name of a celebrity thought-of by a spectator. We cannot stress how wonderful and practical this routine is. It requires the simplest of props. There is no pre-show. It can be played to the largest audience. And has all the drama and interaction that makes it an enthralling piece. A fabulously practical routine described in full detail.

SPY STORY, in which a spectator joins you in an adventure in espionage as a location, time, an amount of money and a shape are chosen. All four have been predicted in the mission instructions given to your spy. You’ll love the finesse that Max brings to this item.

RORRIM is a stunning coincidence effect, a stage routine in which you become the spectator’s doppelganger. Under test conditions, he chooses two cards and places each in one of his pockets. Despite the utter freedom of the procedure, you reveal not only the cards but also which pockets he placed them in.

ABOUT FACE is an applause-pulling psychometry routine in which you correctly guess which spectators made which drawings. A direct method, entertaining premise and smart staging have made it a strong item in Max’s repertoire for many years.

Max Maven is renowned for impossible card locations. In Kayfabe he offers an array of methods in which cards merely thought-of are revealed. Mind-bending routines that will leave your audiences staggering. These include ZEN POKER, OUT OF MINE, TERRITORY, and SINGULARITY, in which one spectator reads the mind of another. And ROUND ABOUT, a triple card revelation that seems absolutely unfathomable.

POCKET NIGHTMARE and NIGHT FLIGHT are two riffs on an impossibility. A thought-of card disappears from the deck while it is in the spectator’s hands and reappears in your pocket. Unbelievably direct. A secret Max has held back for forty years.

CAESAREAN SECTION is a miracle of a card stab. The spectator selects a card with the deck in her own hands. Loses it in the deck. Wraps the deck in a napkin and then hands the package to you. You stab a knife into the wrapped deck and right next to the freely selected and lost card.

SCRUTABILITY is Max Maven’s take on Dai Vernon’s The Card Trick That Cannot Be Explained. You place a prediction card face down on the table. The spectator shuffles and cuts a deck and selects a playing card. It matches your prediction. Max has devised a simple but methodical approach ensuring that your prediction, and there is only one prediction, is always correct. The system is taught in minute detail and the routine is repeated with different spectators and always the same outcome. It’s a legendary effect made 100% practical.

A favorite feature of the Essential Magic Collection is the extensive interview with the performers. Here Max discusses his life, his career, and his writing. A new feature debuting in Kayfabe is a special presentation about the guest performer’s views on magic. In The Fragility of Mystery, Max reveals not only why magic is important to life, but why it is essential. It’s a philosophical journey of thought. Uplifting and inspiring.

We also have an awesome bonus. Through the kindness of Donna and Daniel Zuckerbrot we bring you Fabulous Monster, the acclaimed documentary about Max Maven. It’s a revealing insight into the mind of the mystery artist featuring performance extracts from Max’s one-man show and interviews with many leading experts on mentalism.

Finally, Max performs an effect he has used as an opening piece in 90% of his shows. You’ll see it praised by his peers in Fabulous Monster and it’s the one secret Max is still keeping. Enjoy.