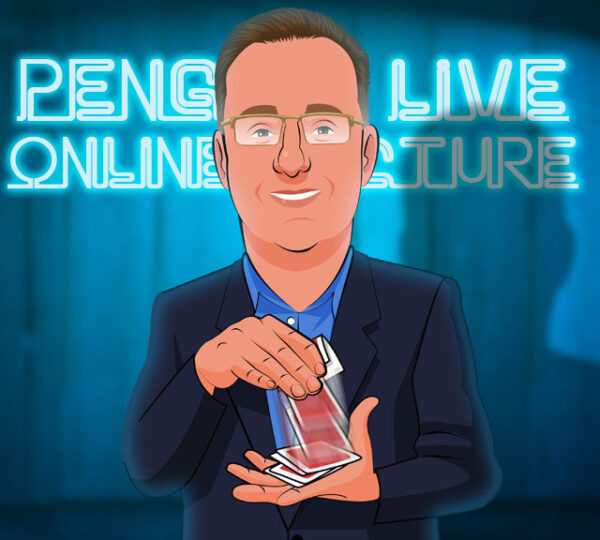 “John Carey is on a mission to eliminate the unnecessary. This absence…

“John Carey is on a mission to eliminate the unnecessary. This absence of clutter results in
magic that is direct, powerful and simple to perform.” – Ryan Schlutz.

“I’m always very excited to see what John has up his sleeve. Practical, working material at its
ﬁnest!” – Jason Dean

“John Carey is known for his uncanny ability to apply subtlety and subterfuge to effect
magical moments of the highest order! No knuckle busters or pipe dreams. These are real
workers!” – Jack Carpenter

“John Carey has the ability to create hard hitting commercial magic While stripping back on the unnecessary sleights. Trust me his lecture is one you want to watch!” – Peter Nardi, Managing Director Alakazam Magic

Flurryyyyyy! John’s homage to the masters of coin magic in this action packed one coin
routine. A perfect visual ice breaker!

Copper Silver Brass Across A squeaky clean coins across with 3 different coins. Strong and
visual!

Hooked on You John’s streamlined approach to a Larry Jennings coin effect where coins
are magically hung into the air and vanish completely!

Snapshot  An ultra clean translocation of 3 signed cards with no palming!

Invisi Card Want a fun and interactive commercial worker? Look no further as Carey weaves
his spell with his version of a Brother John Hamman Classic. Imagination and reality combine to
create one helluvah effect!

An Open or Closed Prediction A super streamlined approach to a Paul Curry classic.

One Deck Do as I Do A favorite performance piece of Carey’s for many years, this effect will
make your spectator the star! Impromptu and totally practical!

If We Could Turn Back Time A beautiful and very easy to do card miracle built around the
premise of time travel. Another worker!

Homage to Jennings John’s tribute to the late Larry Jennings. His version of the ambitious
classic effect. So simple, but oh so strong.

They Call Me the Seeker John’s friend Ed Oschmann very graciously gave him permission
to perform and share this beautiful and elegant approach to the slow motion searchers effect,
invented by Jennings and inspired by Fisher. A great closer.

In recent years, John Carey has become renowned internationally for his streamlined and
practical approach to card and close up magic. Having published 3 critically acclaimed books,
Crafted with Carey, Minimalistica, and his most recent work The Carey Files, John’s work is in the
repertoires of working magicians around the world. In addition, he has released myriad DVDs
which are sold in magic shops everywhere. He is in constant demand to lecture and present his
lectures and workshops as well as taking private students. If you want powerful and memorable
close up magic that won’t bust your knuckles but will leave a lasting impression, Carey delivers
the goods!