Entropy A.C.A.A.N. is an easy to perform miracle that is completely hands off…. 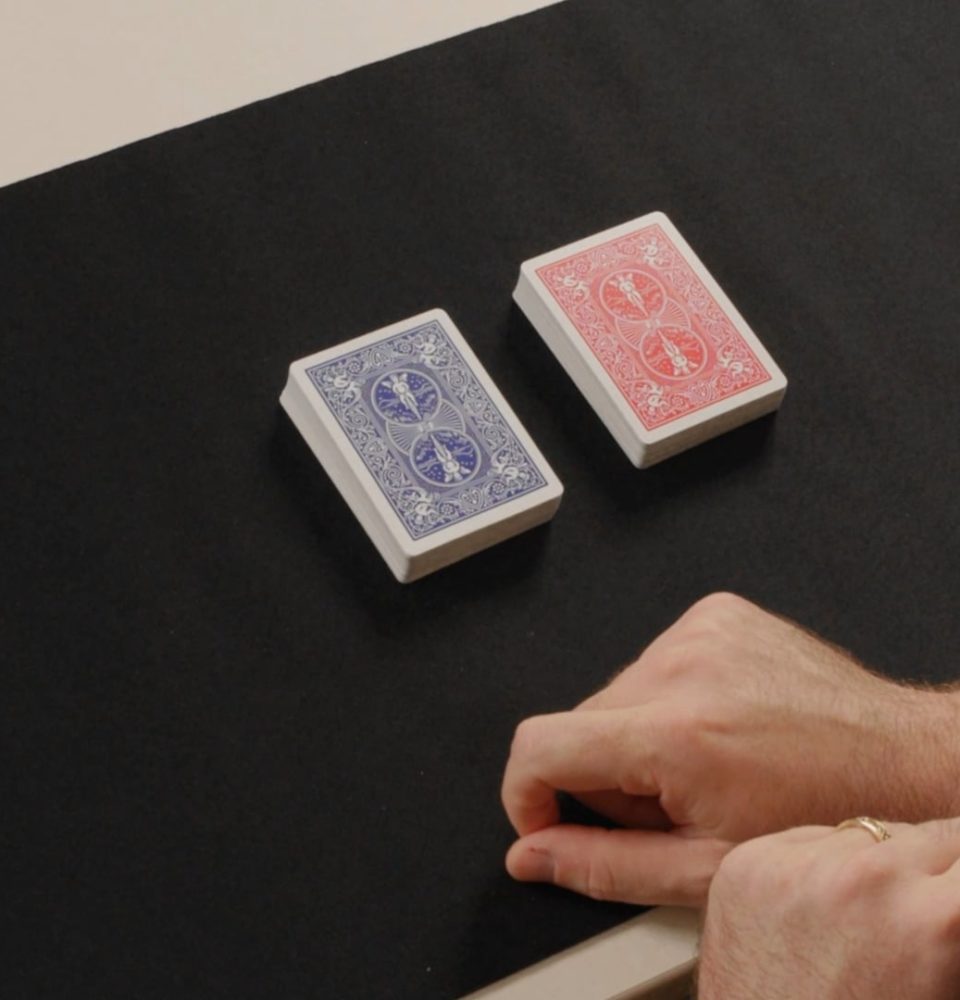 Entropy A.C.A.A.N. is an easy to perform miracle that is completely hands off. A blue and red deck are placed in front of the spectator and never again touched by the performer until the routine is over.

The performer reveals that the blue deck has had its entropy reversed and is travelling through time backwards. He is going to demonstrate how this time bending deck works but first the spectator needs to choose a random card and number between 1 and 52.

The spectator cuts, shuffles, and then selects four cards at random from the red deck. They choose one of the four cards as their selection and then add the values of all four cards to arrive at a random number between 1 and 52.

Lucky Day by Kimoon Do